Moving the stress in sung Latin

Is there a convention for moving the stress out of its spoken position when singing Latin? Or should the singer endeavor to keep the stress where it would occur in speech even when the melody seems to pull the stress to other syllables?

Here's the strongest example that's gotten me wondering about this. Adolphe Adam's (1803–1856) version of the Ave Verum Corpus… 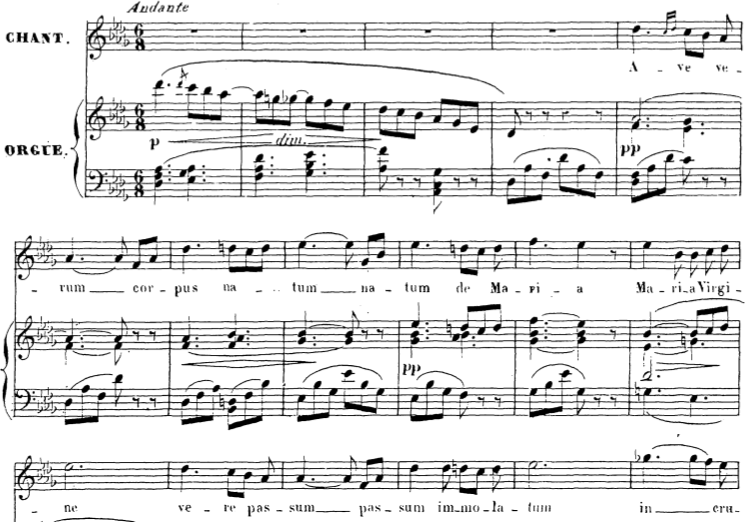 …has a melody that seems to pull the stresses to go like this:

All but two of those stresses are on the wrong syllable. The correct ones are "Ave" and "Maria". The next "Maria", with the stress on the first syllable, seems to sound the Latin word for "seas".

Adam's native language was French, which puts the stress on the last syllable, so maybe that explains it. Maybe in the French pronunciation of Latin, one moved the stress to the final syllable. That would make sense since every language's pronunciation of Latin uses its native phonology. But that doesn't really make sense, because the stressed syllable in French is always the same syllable that was stressed in the Latin root. French stresses the final syllable not so much because it works by stressing final syllables as by dropping all syllables after the stress.

Another possibility is that stress plays only a minor role in all Romance languages, so maybe it's always played only a minor role in Latin, in Ancient Rome as well as during its use as an international second language. If so, then maybe moving stress to fit the melody doesn't sound cringeworthy in Latin the way it does in English.

Yet another possibility is that Adam wanted the singer to muffle the strong beats of the melody just a bit, to preserve the spoken stress, balancing it against the melodic stress, as a deliberate musical effect.

All I can do is guess. Are there established customs regarding this sort of thing?

The score for Ave Verum Corpus is in the public domain, and copied from the International Music Score Library Project.

I've never seen Latin set like this, by French composers or others: Couperin, Charpentier, Lully, Fauré, Duruflé, Poulenc—they all set their Latin so that it follows the stress pattern we all know and love. 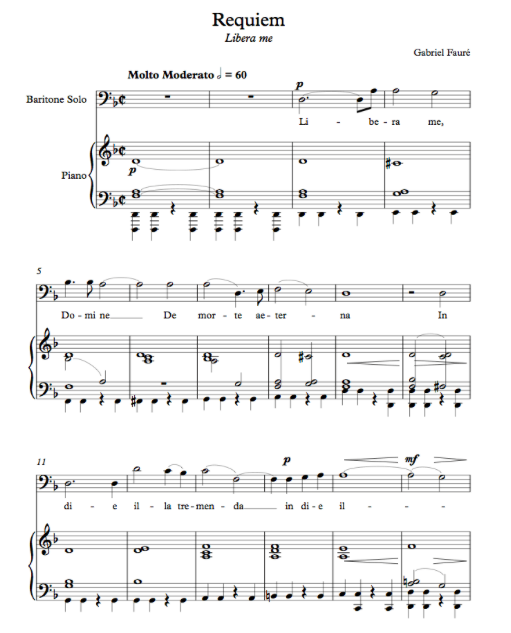 Fauré (1845-1924) overlapped Adam, so I doubt pronunciation changed radically between the two. I think this is just a case, unfortunately, of bad text-setting.

Not the answer you're looking for? Browse other questions tagged stress or ask your own question.

29
Are there exceptions to the Latin stress rules?
7
How to place a second stress on a long word
9
How is stress realized in Latin phonetically?
3
Did Classical Latin stress impact any sound changes?
4
When did the penult stress rule disappear?
4
Stress of presbyterum, presbytero
9
Does Greek accent ever affect Latin stress?
8
When did Old Latin develop initial stress?