The website Tintinologist.org gives the following suggestions but it is not complete for the Latin language.

What would be some good Latin names for the various Tintin characters ?

The Finnish medical doctor Ylermi Luttinen (assisted by Teivas Oksala and Maija-Leena Kallela and Erkki Palmén) has translated several Tintin books into Latin. They cannot be properly published as the rights are prohibitively expensive, but he has kindly given me some copies. The ones I have are De loto Carulea (The Blue Lotus), 7 globi crystallini (The Seven Crystal Balls), Auris fracta (The Broken Ear), Cancer forficibus aureis (The Crab with the Golden Claws), and Templum solis (Prisoners of the Sun).

I found no character list, but here are the ones that I could locate (French name in parentheses when different):

There are several named minor characters, but these are the central ones. Let me know if you would like a name of a character appearing in one of these stories, and I can try to find it.

Actually, in the late 80's, two titles of Tintin were published in Latin: 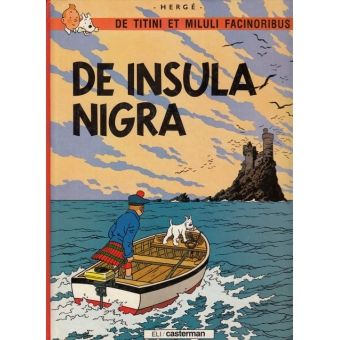 The first one only contains the characters Tintin, Milu, and the two detectives. The vignettes available here confirm the names in the above list, based on standard declensions (Tintinus, Milulus, Clodius and Claudius).

The second book also contains Rastapopoulos, but I haven't found a page online with his name. The image here has, funnily enough, his first appearance in the comic but doesn't mention his name. However, being a Greek name suggests to me the Latin was probably equivalent. Greek experts in this forum may know better than me.

On another note, this post from 2009 mentions a Finnish medical doctor called Ylermi Luttinen was translating Tintin's books into Latin. Goolging that name it seems he is part of the recurrent event called "Athenis Finlandiae", which promotes Latin in Finland, meaning he might be proficient in Latin. I haven't been able to find a contact or website (and the one linked on the post doesn't work anymore). Maybe Joonas can help on this? 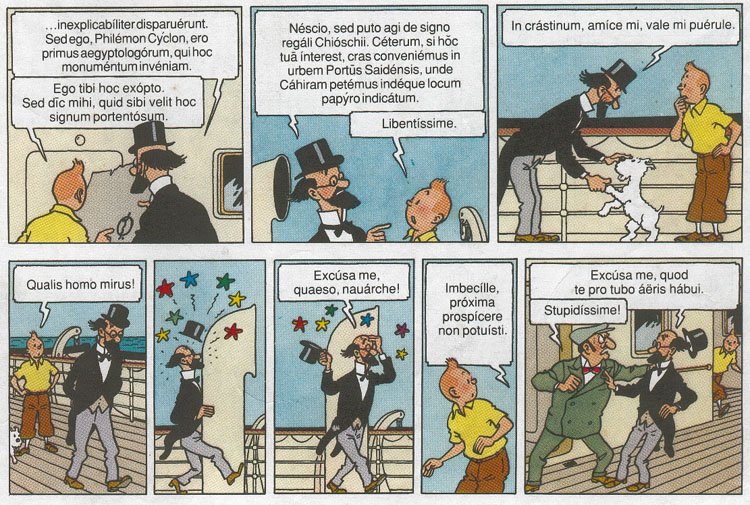 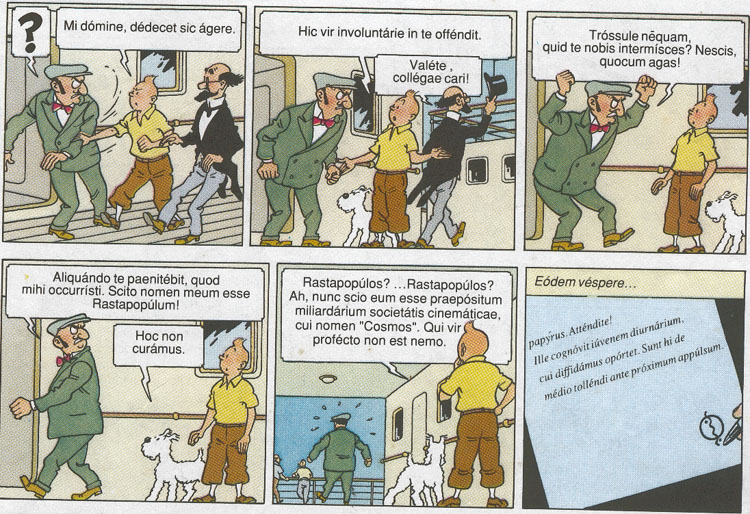 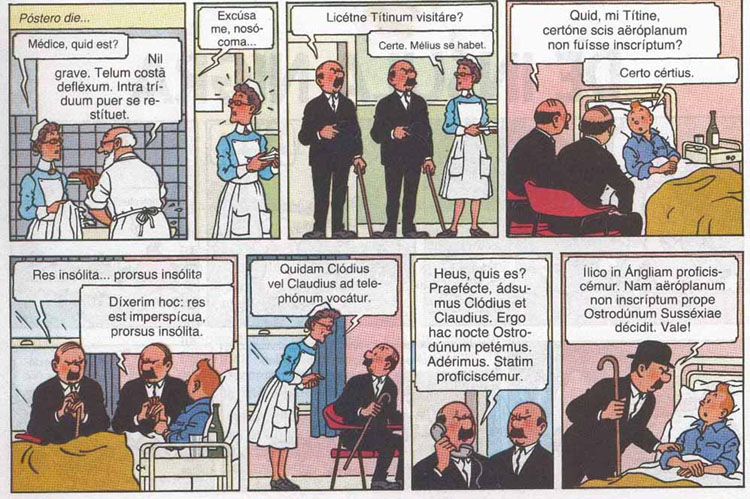 Not the answer you're looking for? Browse other questions tagged contemporary-latin names or ask your own question.

12
Is there a John or Jane Doe in Latin?
3
Is it acceptable to translate these names in this manner?
8
How did the Romans latinize foreign names (personal, place names)?
9
Hypocorism/diminutive name forms in Roman antiquity/Latin?
4
How did the popularities of Roman given names evolve over time?
4
Putting "spread" on a bread in Latin
6
Male personal names ending in -um
5
How were names ending in -ιον used in Greek?
2
Neolatin and contemporary Latin dictionary