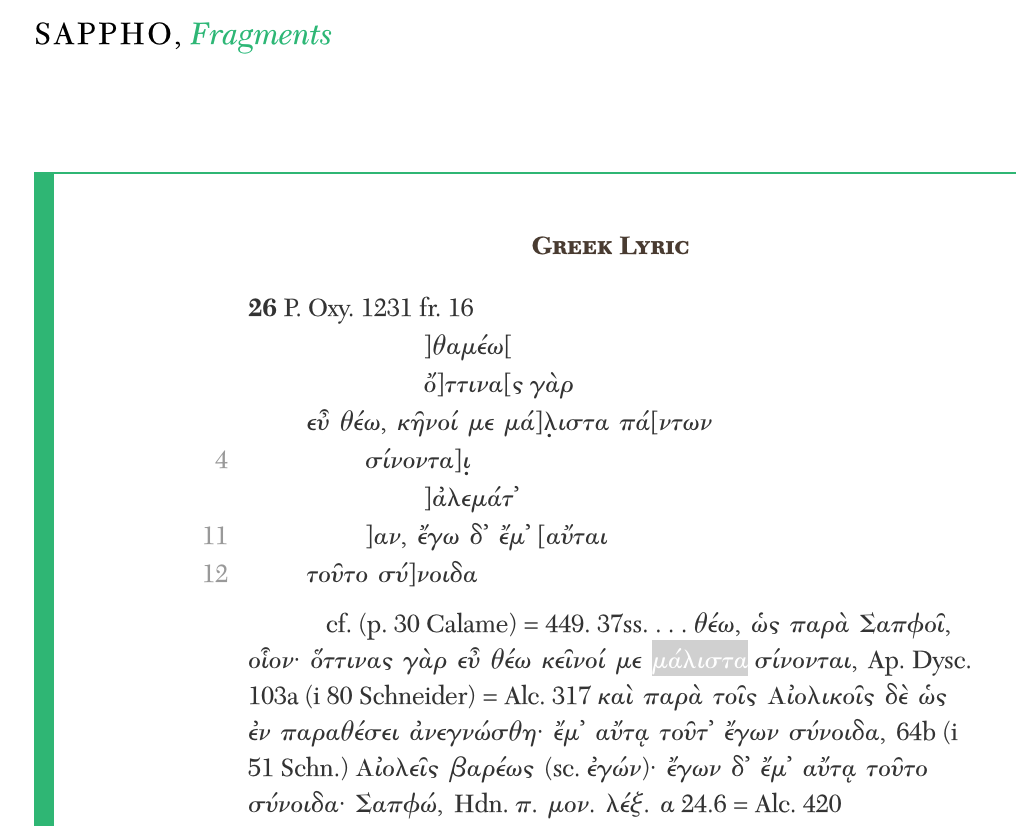 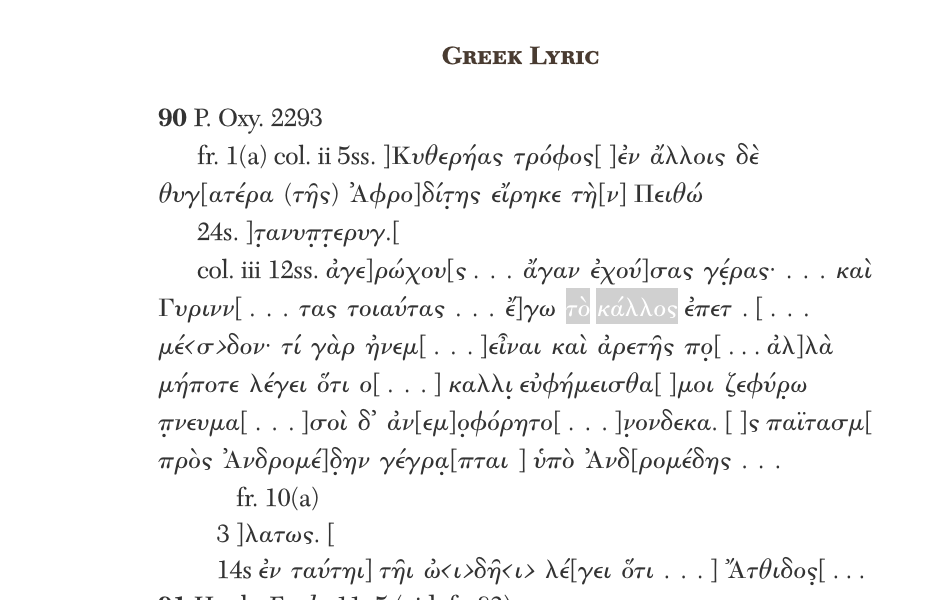 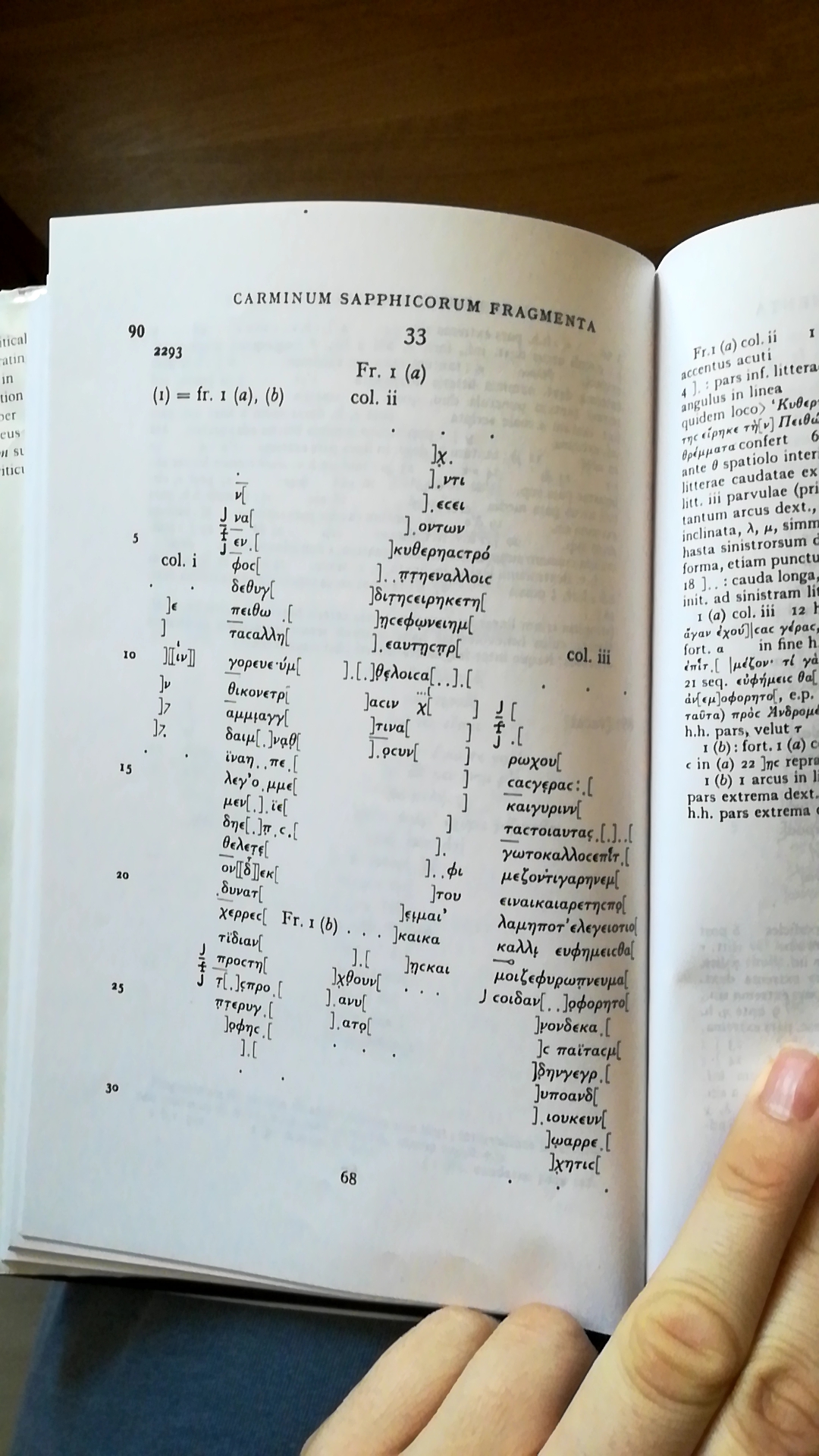 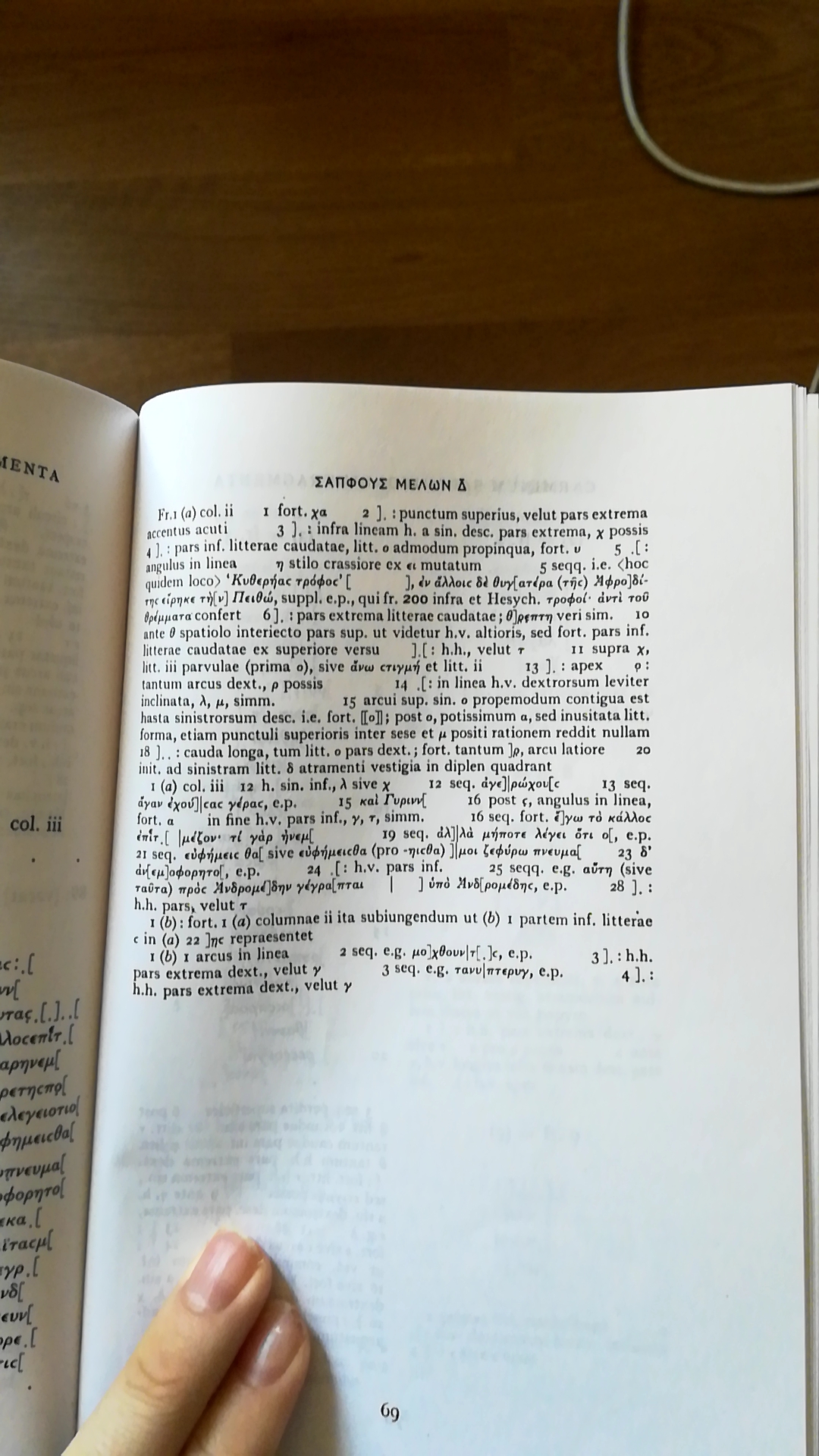 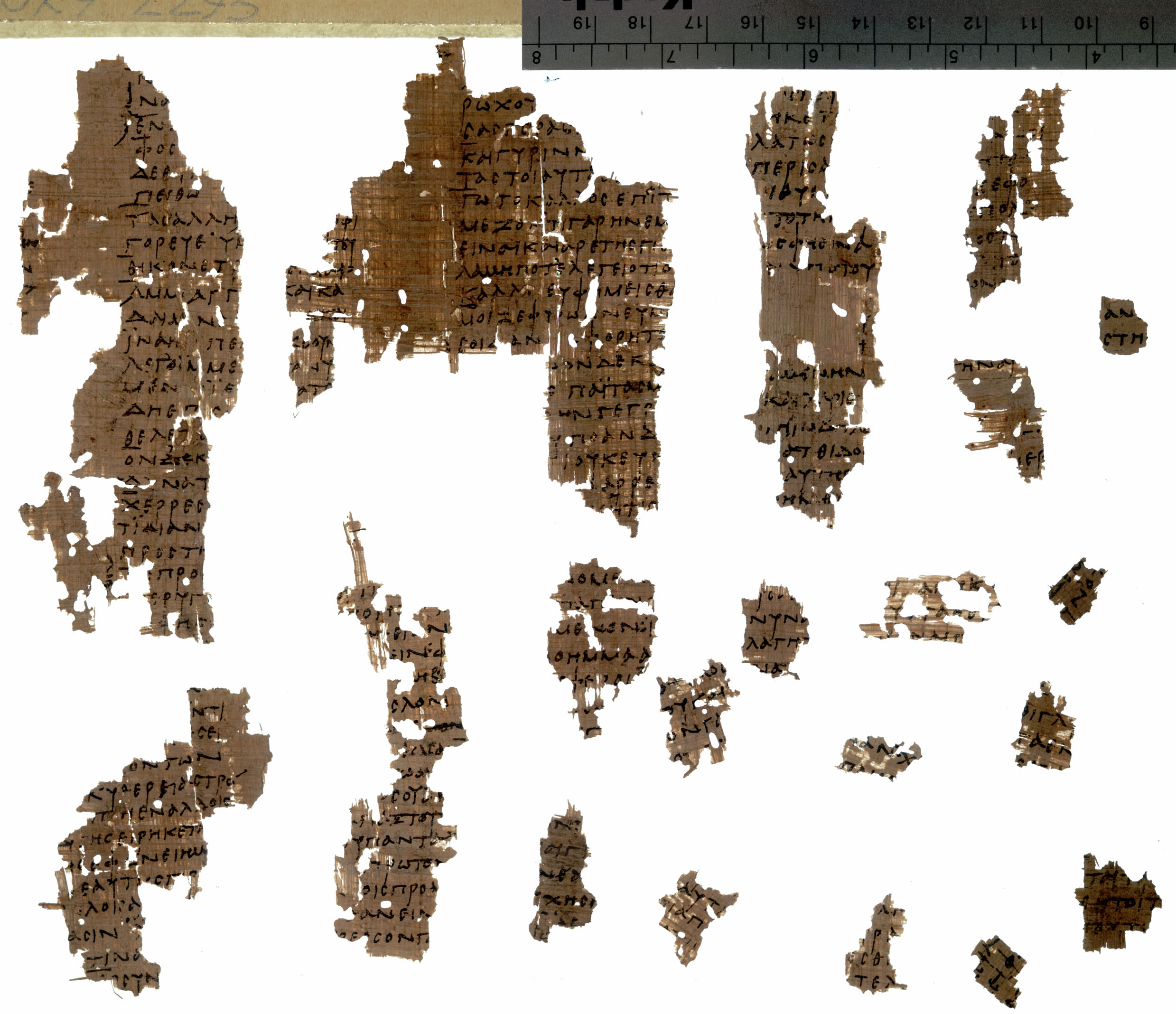 On this Italian anthology, I found the idea that the fragment should mean "I never blamed beauty" or something like that, and I restored it (as here) as οὐ γὰρ] ἔγω τὸ κάλλος <x–> ἐπετ[ίμαν ποτα. Maybe "I served" is a stretch of the other sense of ἐπιτιμᾶν, "to show honor to". Since there is plenty of invention in that translation anyways, "in my life" could be part of it. Or really all of the translation that seems to match that part could be invented, outside "I" and "beauty". Avaton should answer about that, since it appears this mishmash comes straight from them.

More specifically, in Elyti̱s's Sappho edition, we find three mishmashes of interest, numbers 1 2 and 4. Random parts of those were smashed together, with no attention to spacing (which sometimes show line ends) or those signs which say "fragment ends here", to form this thing.

It was Elyti̱s who came up with "served" (or rather, διακόνησα). The real Avaton lyrics are also part of Elyti̱s 2, plus the aeríōn part.

3
Sappho 94: the Spaniards' completion
3
On what basis does Campbell put P.Oxy. 1231 fr. 12 together with fr. 15? And why does Edmonds not? And why does C read more than Grenfell and Hunt do?
3
About the Sappho fragment containing Doricha's name that was found first (Campbell 15, Edmonds 37)
2
Why does Athenaeus say this is not Sappho?
7
Two unfindable words from Sappho Edmonds 12, Edmonds' version
3
About Sappho 16, ll. 6-9
8
About Sappho Edmonds 89 Campbell 48
6
Identifying corrupted Sappho fragment or mention of Sappho found in just-newly-found-online Spanish edition of Sappho
2
Tracing apparent book-IV colophon not found in Voigt but found in a Spanish Sappho book based on Reinach's French edition
3
Tracing mysterious line ends in a combination of Sappho fragments found in an Italian anthology