A textbook for Latin

What would be the one book recommendation you'd definitely give an individual interested in learning Latin?

The individual would like the book to include a good overview of Latin at the very least; he already knows some locutions (exempli gratia: Semper ubi sub ubi).

How recommendable would the following text be? 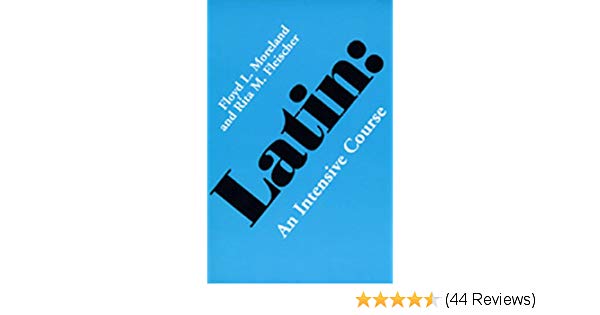 This isn't a definitive "these are the must haves for learning Latin" list, but these are the texts that I have used in the past for my learning.

I was first introduced to Latin through Cambridge Latin Course. These books attempt to give the reader a rather holistic look at the language. Each chapter starts with a series of sentences in Latin accompanied by pictures. Your goal is to translate the sentences based purely on context. Later in the chapter, there are longer passages with definitions in English for new vocabulary. There also are pages explaining the key grammatical concepts of the chapter for your memorization. There are also several pages devoted to Roman culture and history that help explain the context of the language and the stories told in the book. At the end of the chapter, you will find a list of key vocabulary to take away from that chapter. I would not say that this book is ideal for self-study per se, but if you have someone readily available who can help you, then it could work. Another criticism I've heard is that the order in which grammatical concepts are taught is a tad unconventional, but that hardly matters once you have gotten through all of the material. You can find the first book on Amazon here.

Around the same time, I was introduced to Wheelock's Latin. This book is very much focused on the raw mechanics of the language. Each chapter begins with the grammatical concept explained and then there are several problems to do and translate coming in various forms. I do not exactly recommend this book for initial learning, but more as a reference to supplement learning. Here it is on Amazon.

Finally, there is the holy grail of Latin learning (or so I've been told), Lingua Latina per se Illustrata. This book is almost entirely in Latin. That's right. No English. This sort of text is like the opposite of Wheelock's in that you learn by immersion rather than rote memorization. For new words and concepts, the book does give you a little help on the sides, before going into greater depth later in the chapter, where, in Latin of course, it will explain the grammatical concepts. I've been told this text is nice because you really don't need a teacher to get along. In my honest opinion, however, a teacher would still be quite useful because some grammatical concepts need a bit more explanation. This sort of thing can be found online at sites like this, through Reddit, or somewhere else. It's really up to you. I never was taught Latin using this book, but only picked it up recently (found an illegal a free PDF online) because of all the hype. You can find a legal copy here.

So, like I said, this isn't a comprehensive or definitive list, but it is my two cents. I'm sorry I can't address the text you specifically put forward, but I've never heard of it nor used it so I can't really comment on it. Perhaps that in and of itself is testament to its usefulness for beginners, but again, I cannot truly pass judgement until I've actually dealt with it. I would like to restate that you will most likely need a combination of elements to learn Latin. Maybe you pick up both Wheelock's and Lingua Latina and use those in combination with a Latin forum, maybe you do something else, who knows? The combinations are endless and depend on how you like to learn. You can find other questions similar to yours on this site for more advice.

One last thing, I recommend having a dictionary handy as well when you get to the more complicated stuff. You can find some pretty good ones online, such as William Whittaker's Words, for quick lookups, but there are also physical ones available.

Not the answer you're looking for? Browse other questions tagged reference-request or ask your own question.

4
Ancient sources for singing in a bath
6
Books of reading medieval Latin manuscripts
9
Is the prefix “di-” more Latin-like than “bi-”?
4
Is there a Latin source for “He who is able to laugh at himself, is invincible”?
4
Reference for “Ab esse ad posse valet consequentia”
4
How do I access the Oxford Latin Dictionary online?
2
Two Sappho-related reference requests
2
What are some of the major words that we use in English directly (unmodified) from Latin?
6
Citation needed for “Casta placent superis…”