This jpg shows what I think is Latin lettering on a stained glass window at a Japanese wedding chapel: 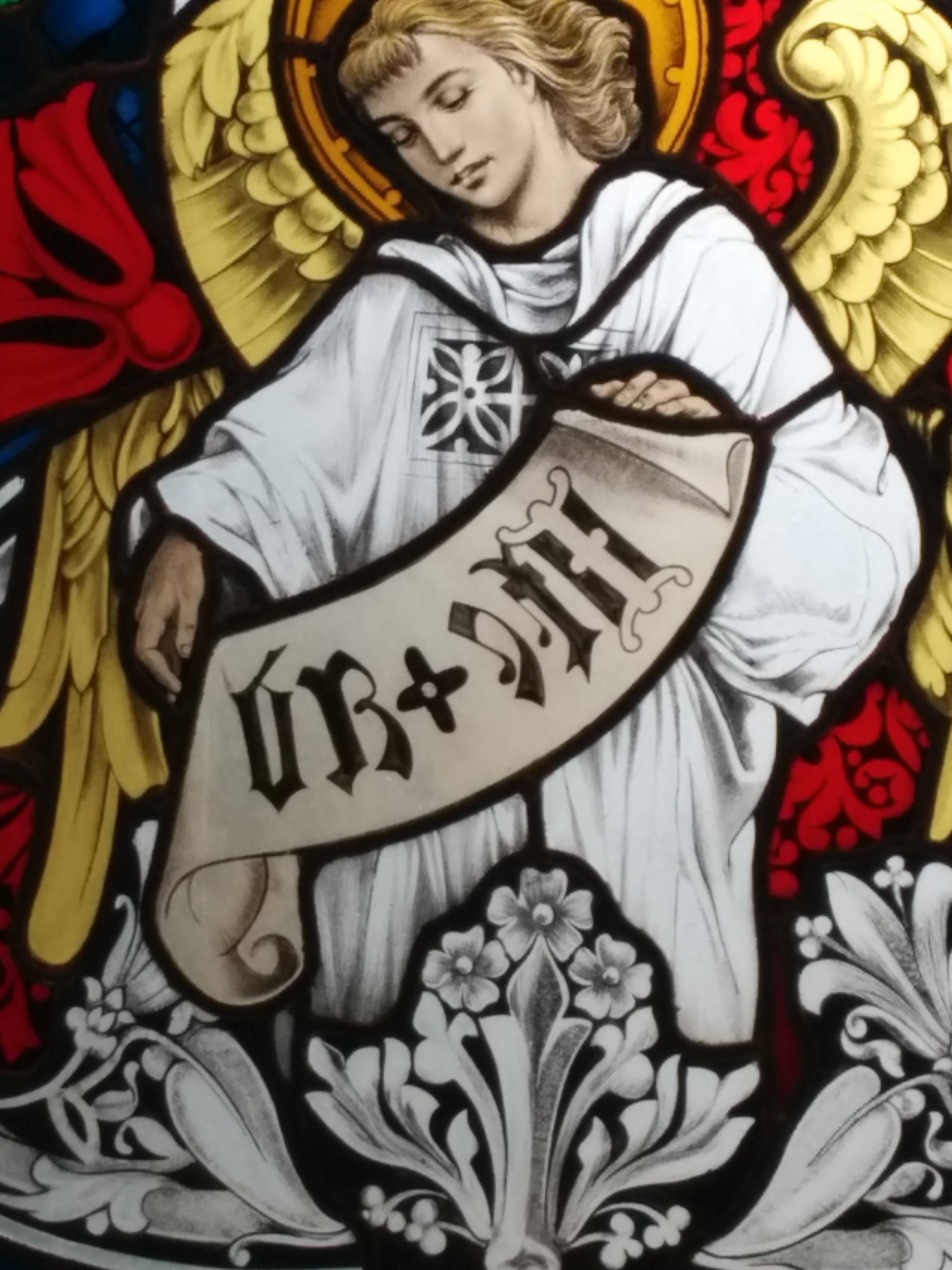 If it is Latin, I'd appreciate (1) an English translation and (2) the lettering deciphered into legible English letters.

The different formatting of the final letter on the right (white with back outlining, against a sort of black background) makes me suspect that it's a versal (ornamented initial letter), and that it's therefore actually meant to be the first letter of the text; in other words, I think the photo is backwards. When I flip it on my computer it looks a bit like Ite ad, which would in fact be fact Latin, meaning 'Go to': a command given to a group, but with their destination unexpressed. 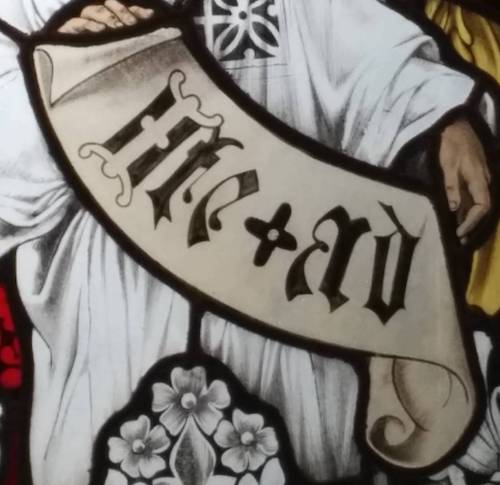 Perhaps this window meant to form a pair with another (the window next to it, for example), which has text that expresses the destination.

6
Am I grasping this gerund correctly? and also the talem...qualem pair?
7
Check this translation of Amores 1.3.26
7
Translation of Scottish 16th century church stained glass
10
A Latin text with dependency tree
4
Can you please help me understand passages from an alchemical text?
0
What's the literal translation for a genitive of value?
7
What is the inscription on this statue and what is its translation into English?
2
Translation help: Prospero Mandosio on Ottavio Durante
5
Inscription at Mauerbach Charterhouse (Vienna, Austria)