What is the difference between conlis and collis? (mountain)

I want to know the differences between "conlis" and "collis". Are these the same noun with different gender, or do they have different meanings? (I know that in French, there are nouns with different grammatical gender.) 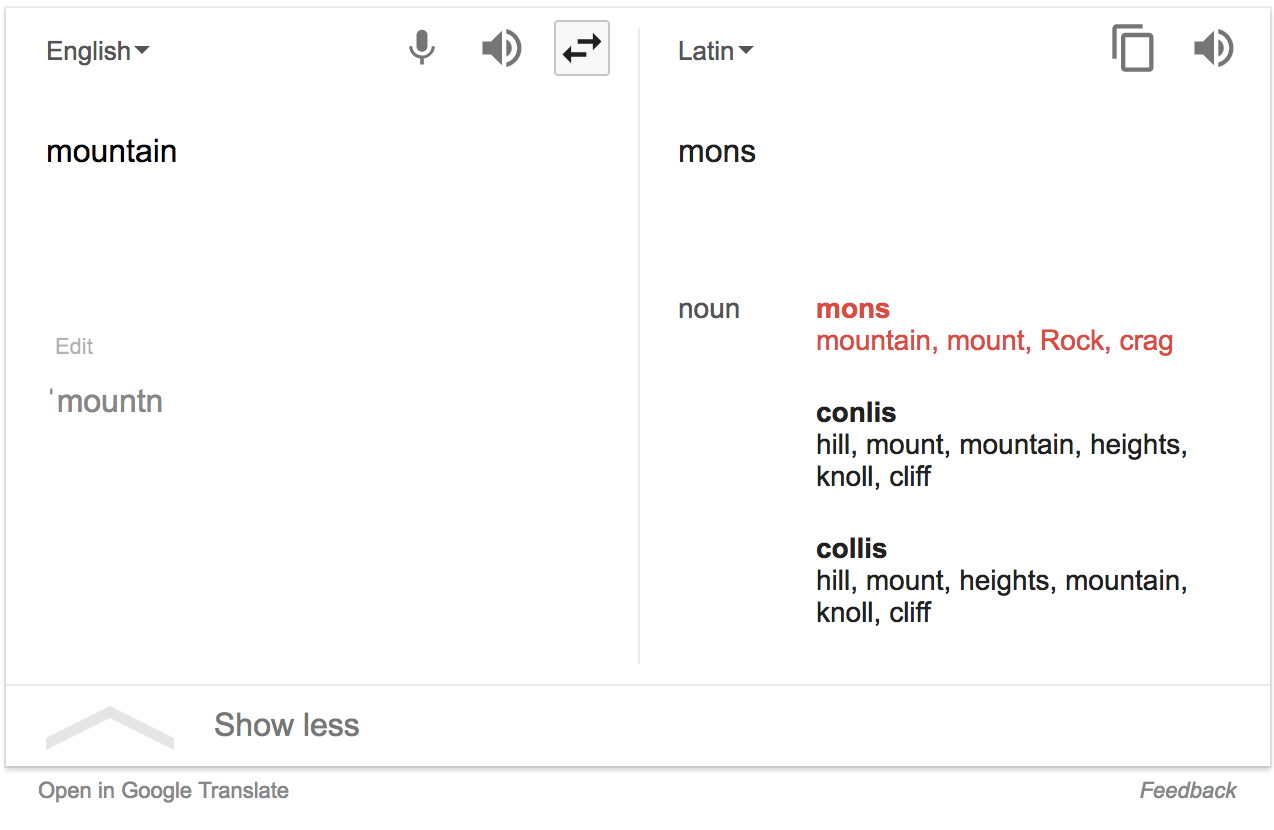 I think Google Translate has messed up here (as it often does).

I'm by no means a Latin expert, so there may be some entirely legitimate but obscure word conlis that I just haven't heard of, but to me it just looks like a misspelling of collis, possibly based on analogy with the variation between conl- and coll- that can be found in words that start the prefix con-/col- (for example, conloquium and colloquium, or conlīsus and collīsus).

Lewis & Short have an entry for collis, but not for conlis (and the form "conlis" is not mentioned as a possible variant form of collis).

I assume conlis, if it really existed as a Latin word, would decline like collis, but I found no results in the PHI Classical Latin Texts Database for any of "conlis", "conli", "conles", "conle", "conlem", "conlibus", "conlium".

Comparison with other languages indicates that the first L in the Latin word collis 'hill' comes from Proto-Indo-European *l: unlike words with the prefix col-, this does not appear to be a word where -⁠LL- in Classical Latin is the result of assimilation of earlier -NL-. (It seems the -LL- in collis may be the result of assimilation of etymological *-ln-, but this doesn't seem like it would do much to explain a form in -NL-.) So it seems unlikely to me that collis was ever pronounced with [nl], and the only evidence that I have been able to find indicating that it was ever spelled with "NL" at any point (Batiffol 1900) explicitly refers to this as an error.

"collis" is a masculine noun

Collis is a masculine noun (typically translated into English as "hill", although Lewis & Short say "in plur.: colles, for a chain of mountains"). As far as I know, there aren't any Latin words that use a contrast of word-internal -NL- vs. -LL- to indicate a difference in grammatical gender. In Latin, gender usually affects the ending of the word, if it affects the form at all. (There are a number of Latin words that use the same form for masculine and feminine, or for masculine, feminine, and neuter. The gender of those words is only apparent from the form of other words that show gender agreement.)

Collis is a masculine noun meaning hill and also high ground. It is used in plural, as well, to mean a chain of hills.

Conlis, in turn, does not show up in L&S, which is a good dictionary, nor in the main Classic works presently known (here I leave a link to a disappointing search with no results). Therefore I'd advise against using it.

I think Google Translate's AI just wrongly classified it as a valid word. If it existed at all, it could be a form of overcorrection (correcting what is not wrong by generalizing a common rule), since many words starting with co+(double consontant)- come from the root con (e.g. colloquium and conloquium were both valid at some point in time). But it's not the case with collis, which comes from Proto-Indo-Eurpean root *kolǝn-

Not the answer you're looking for? Browse other questions tagged differences or ask your own question.