Did the Romans ever distinguish long vowels in writing?

Did ancient Roman authors ever distinguish long vowels from short vowels in their writing? If so, how so, by who, and how often?

"Long vowels were generally not distinguished in Latin orthography" (p. 29; emphasis mine - Alex B.). That being said, there were four exceptions.

Some examples from Leumann:

occasionally, in use from around 110 BCE; no longer in use in the imperial period. Weiss calls it "a kind of i on steroids."

cf. "nec quicquam meliust mihi, ut opinor, quam ex me ut unam faciam litteram longam laqueo collum quando opstrinxero" (Plautus, Aul. 77); "The best thing for me, I suppose, is to tie a good tight noose around my neck and to stretch myself into one long letter" (transl. by W. de Melo)

NB: I longa was also used for other purposes (e.g. decorative short i or the close articulation of short i before another vowel).

in use from the end of the OL period (MV́RVM, 104 BCE); various shapes, coronis and acutus; ousted the first three; Leumann writes that its use was non-binding and rare, cf. "aber auch dessen Anwendung ist nur ganz unverbindlich und selten"

The apex was inscribed over i in exceptional cases only (that's why some researchers choose to say never).

To give you an idea how frequent the apex was, let's take a look at a fragment of the Laudatio Turiae (late 1st century BCE). There are eleven lines in this fragment and only two occurrences of the apex (órnamentis in line 2; domús in line 9). 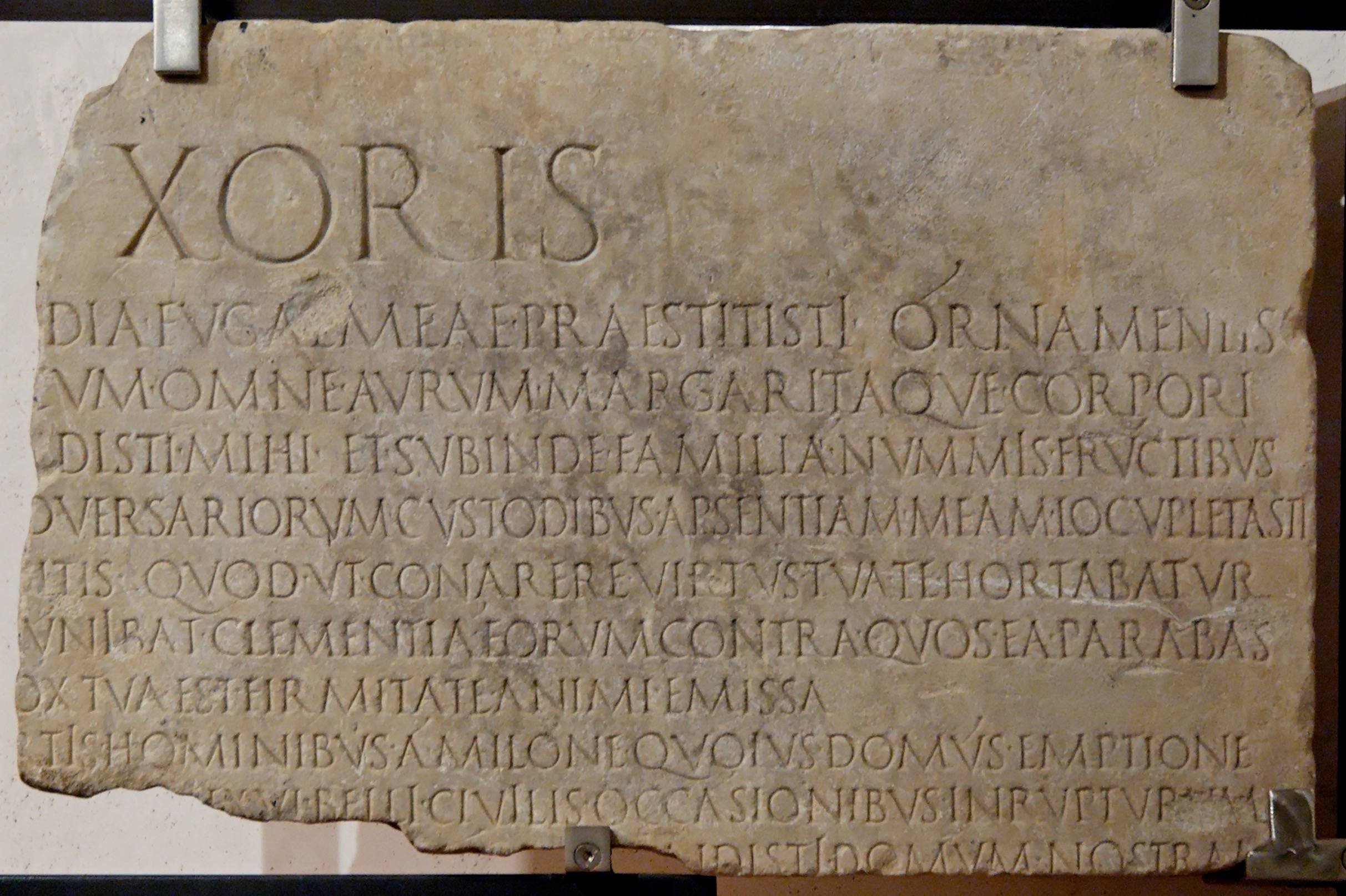 I wrote about macrons already.

Not the answer you're looking for? Browse other questions tagged history orthography alphabet vowel or ask your own question.

14
When were macrons first used to mark Latin text?
10
Did the Romans have a "question mark"?
9
Did the Romans ever transcribe [ʃ]?
11
When did the Romans start using Z?
3
Did the Romans mention any excavations?
5
Quality of final ĕ ĭ ŏ
6
The correct use of the breve in Latin