The first sentence of the Apology of Socrates is:

What is he actually saying?

In context—"How you felt about the prosecution I don't know; as for me, they were so convincing that I almost ______, and yet almost nothing they said was true"—the most rhetorically logical thing for it to mean is something like "I almost forgot that I am who I am instead of who they said I am." But my view of what's logical and what Plato actually wrote don't necessarily have anything to do with each other.

In case it's helpful to know when answering, I know very little Greek—certainly not enough to read this sentence if I hadn't read it already years ago when I knew more than I do today. I know that ἐμαυτοῦ means "of myself" and λανθάνομαι is middle and means "I escape the notice of," though I'm not sure what flavor the prefix ἐπι adds. [EDIT: I see from Alex B's comment that λανθάνω, the active, rather than the middle that Socrates uses, is actually "I escape the notice of."] In the dictionaries I looked in, there was no entry for the verb as a reflexive.

Ἐμαυτοῦ is straightforward: it's a genitive singular reflexive pronoun, "of myself".

Ἐπελαθόμην is more interesting. This is the first-person singular aorist active indicative of ἐπι-λανθάνομαι. Λανθάνομαι means "to forget", but I've never seen this verb with the prefix ἐπι before, and LSJ doesn't even have an entry for it. However, there is an adjective ἐπίληθος, "causing to forget" with a genitive object (compare Λήθη). So the prefix doesn't seem to change the meaning significantly, and seems to just be intensive.

(PS: while the active λανθάνω does mean "to escape the notice of", the middle λανθάνομαι has the different meaning of "forget" in Classical times.)

Montanari (an iPad app, in Italian) - you will need sense 2 medio (2 middle: forget, forget about); also available online in English (subscription only). It's called the middle voice. 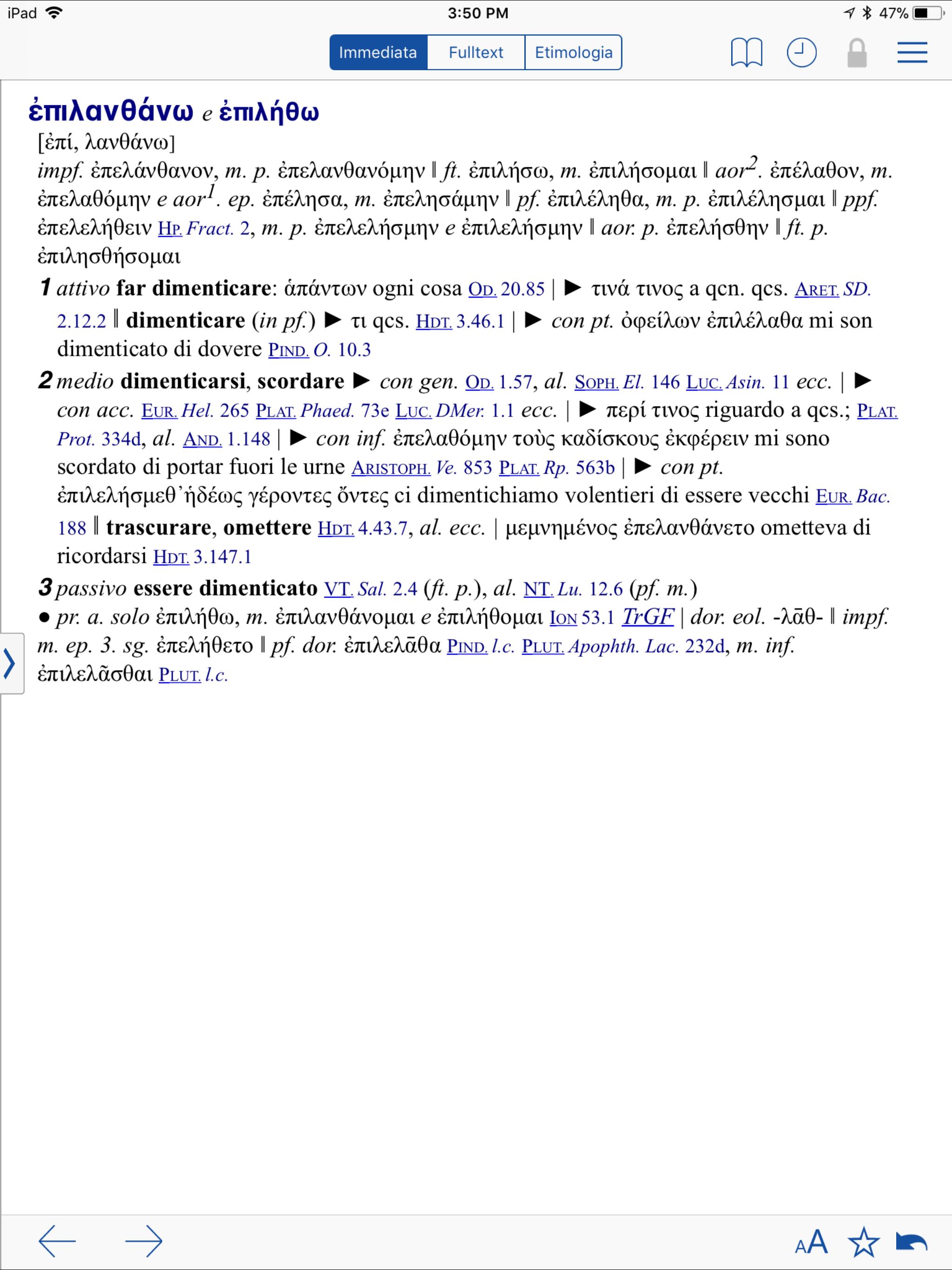