Reading a snippet of 15th century handwriting in Latin

The Lilly library has a Gutenberg bible on display and the page that it is open to varies. This week the page had a marginal comment in it, which is unusual for this particular copy, and I was hoping to understand what is written there. The image is given below. Note that the page has been cut and it's likely that some of the writing is missing on the right. So far I know that the first word is "hic." The context is that there's a marking written in the text between Luke 23:53 and 23:54, and the full page can be seen on page 101 in the (lower-quality) digital scan. 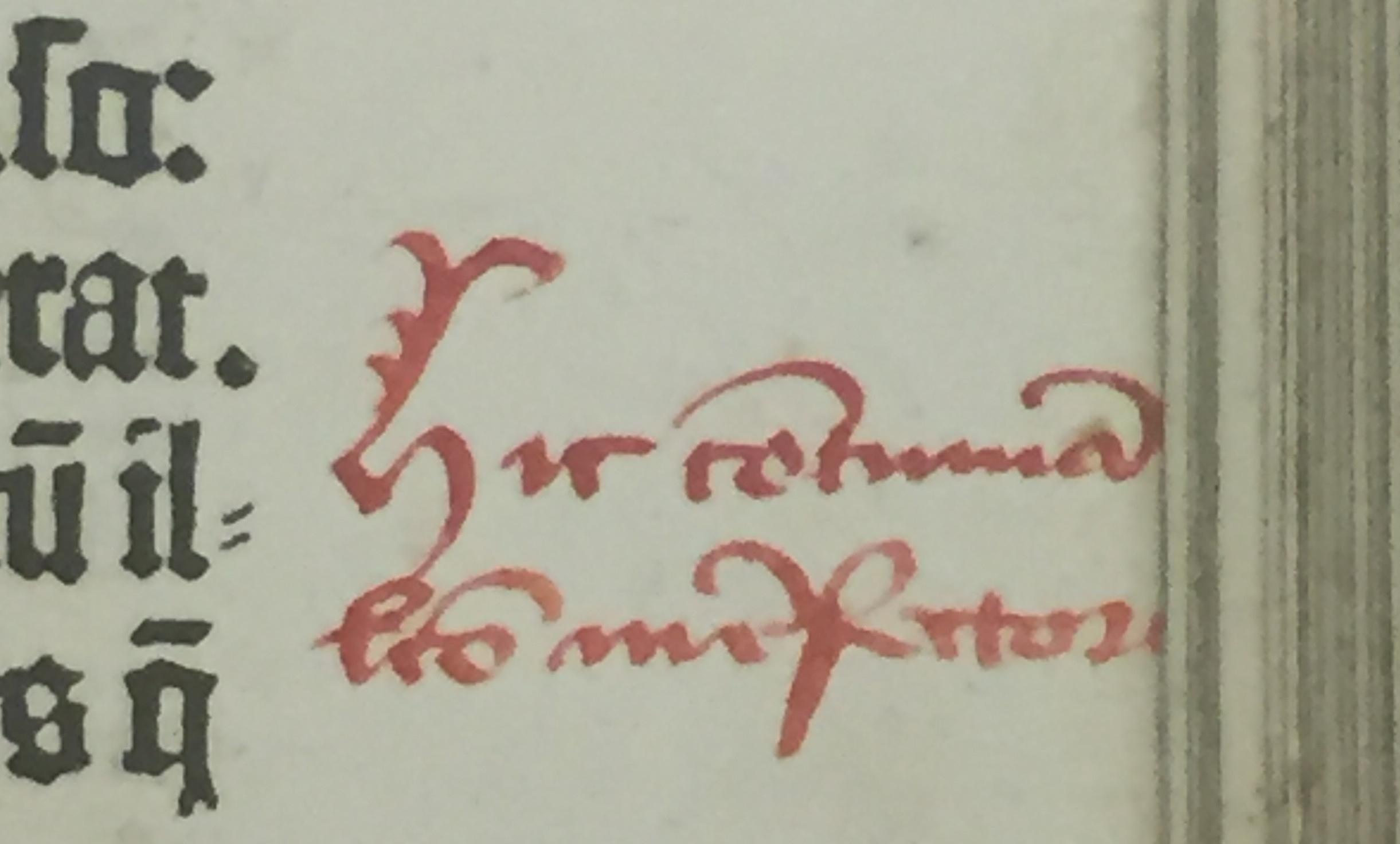 Based on insightful comments from Hugh and a lot of help from a friend, we've now sorted out what it reads:

Note that lectiones is written lco with an abbreviation symbol. This translates to roughly "Continue reading here in the refectory."

The key point is that this marginal comment is one of six appearing in the gospels all of which indicate that the portion of the gospel concerning the death of Jesus should not be read in the refectory but only in church. As pointed out by Hugh, there's a very similar comment at the end of the passage in John which is not cut off and reads "Huiusque legitur in refectorio" and one in Matthew reading ""hic ... legendum est in refectorio et omissa passioni domini P.incipiendo est vespere autem sabbati."

6
How to translate "continued" into Latin when referring to pages in a book?

18
"Eundem"/"eumdem" in medieval Latin
8
Can you please translate these paragraphs (13th & 14th century)?
8
Deciphering Latin words from a very old book (printed in 1544)
18
The Latin word “Have” rather than “Ave” as a translation of the Greek word Χαῖρε?
9
Books of reading medieval Latin manuscripts
6
Why do many write Latin words with both letters v & u?
6
Which Latin word has the most spelling variants?
6
Help with paleography in a 16th century grant
6
Vulgate Latin: usque ad pecus
14
About capitalization "The first letter of a sentence in Latin is not capitalized"