What is the name of the separator dots between the words?

Consider the following photo of the Westminster Cathedral: 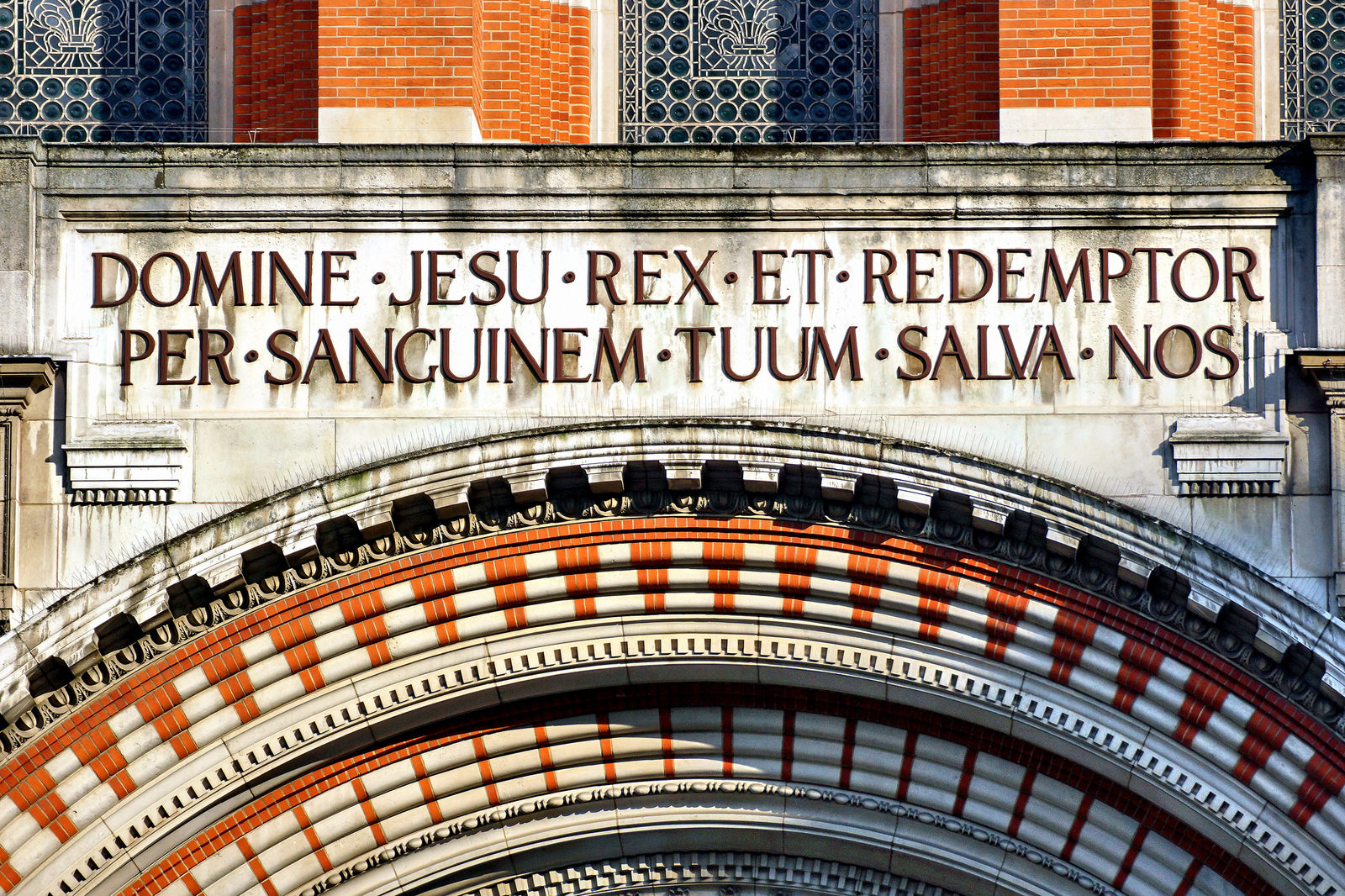 What are those separator-dots called? I see them on many inscriptions. Why is it there?

It is called the interpunct.

Empty space to separate words as we do now is not a universal phenomenon. Just as well the Romans might ask why we leave space between words instead of putting a dot in between or spelling all the words together.

The dots mark word boundaries, but I am not sure if they are added more for legibility or similarity to ancient inscriptions. Following ancient conventions does give a certain prestigious feel to an inscription.

In ancient Rome one would either separate words by an interpunct or not at all. See this question for the development of word spacing.

21
When did scriptio continua and interpuncts give way to spaces between words in Latin?

19
Are there any complete Latin inscriptions written in boustrophedon?
6
Inscriptions in statues along Via dei Fori Imperiali
11
How to translate "the Force" from Star Wars?
6
How to translate "Winter Bash"?
5
Abbreviation "D. O. M." on tombstones
5
How many words are in the Latin language?
6
What dialect are the Antikythera Mechanism inscriptions in?
27
Why speak in Latin in 2020?
7
J in ancients inscriptions
8
Understanding the spelling deviation from the scripture in the title of a sundial nearby a Catholic church in Moscow