Even many people who have never studied Latin know the phrase carpe diem (from Horace's Odes 1.11), and can tell you that it means "seize the day". But "seize" is not a very close translation of carpere, which literally means "pick, pluck, gather, harvest". Where did the "seize" translation originate? Who was the first to use it? How did it become part of popular culture? Is there a famous-in-its-time English translation of Horace that contains this phrase?

I have looked into this some more and think I can now give a precise answer to the question. The earliest published translation of Horace 1,11 to render “carpe diem” as “seize the day” is in THE WORKS OF HORACE. TRANSLATED LITERALLY INTO ENGLISH PROSE, BY C(hristopher) SMART, 1761 and many reprints. It reads as follows:

INQUIRE not, Leuconoe (it is not fitting you should know), how long a term of life the gods have granted to you or to me: neither consult the Chaldean calculations. How much better is it to bear with patience whatever shall happen! Whether Jupiter have granted us more winters, or [this as] the last, which now breaks the Etrurian waves against the opposing rocks. Be wise; rack off your wines, and abridge your hopes [in proportion] to the shortness of your life. While we are conversing, envious age has been flying; seize the present day, not giving the least credit to the succeeding one.

Just a brief comment on the verb carpo - here's a screenshot of the entry in the OLD: 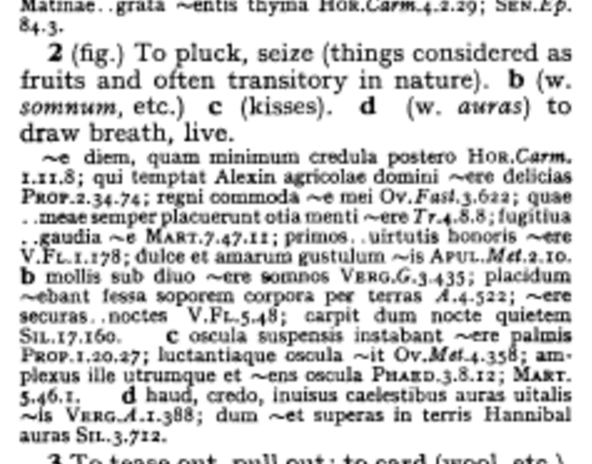 So, carpo as "seize" is even in the OLD. It makes sense - if time fleets (or runs or flies), you may want to capture or seize a moment (or any period of time).

The question is misconceived: 'Seize the day' isn't a mistranslation at all. This is an example of the perennial problem for any translator, that of transforming style and idiom into language that is understood by a reader of his translation in exactly the same way as did the intended readers of the original. This applies, not just for Latin into English, but for any language into another. The concept is often hard to appreciate, particularly for those only beginning to examine the qualities of another language.

In effect, this optimistic maxim of Horace's tells us to beware of reaching the end of life with regret for lost opportunity. If we obey, it offers a great prize, that of being truly, fully alive; the opposite, common aphorism Life's a bitch and then you die — often attributed, probably in error, to Marilyn Monroe — represents the consequence of disobedience to the poet.

*There are a number of English expressions that are basically equivalent to carpe diem. Examples I can give off-the-cuff range from seize the moment, grasp every opportunity, right through strike while the iron's hot and pluck the apple while it's there for the taking, possibly even to the cynical never give a sucker an even break. The poet Robert Herrick ('To the Virgins, to make much of Time') chimes in with Gather ye rosebuds while ye may, a short poem that can be compared to Hor. 1.11.

*A translation that is not some sort of compromise is unusual. but, taking all the alternatives that English literature and colloquial language have provided through the years, it is indeed hard to see why 'seize the day' should have attained its modern status.

Since the seventeenth century there have been several celebrated translations into English of Horace that include Odes 1.11; two among the earliest are by John Dryden (the first English Poet Laureate), and John Milton. Towards the end of the eighteenth century, a very successful version was that of the Rev. Philip Francis, whose translation of carpe diem runs Instant the fleeting pleasure seize. I can identify none that uses the precise wording to which you appear to object; it seems unlikely that the true originator of the phrase 'seize the day' might ever be identified — but is this regrettable, or should we follow Horace and, in pursuit of something more worthwhile, forego the search?

If you have understood what I have written here, give yourself a test. Take whatever version of the sentiment you prefer in your own language and put it back into a different, but still pithy, Latin phrase, trying to match Horace. For myself, whichever English version I choose, the best answer is always carpe diem.

Not the answer you're looking for? Browse other questions tagged idiom latin-to-english-translation english horatius or ask your own question.

7
Translation of a phrase "Catch the moment, ..." to Latin