Why does Athenaeus say this is not Sappho?

Sappho Bergk 30, not present (AFAICT from searching) in Campbell or Edmonds, is from Athenaeus's Deipnosophistae, book XIII. Here is the text with some of Athenaeus's words around it, as reported by Greek Wikisource:

The last sentence reads «That this poem is not by Sappho is clear to all, I suppose». Why does Athenaeus say that? And why does Bergk have it in his edition of Sappho if Athenaeus says, with reason, that it is not Sappho?

As pointed out by AlexB, Cambpell has it in the "life of Sappho" section, on p. 10 (original) and p. 11 (translation). I hadn't looked there, but only through Sappho's poems, and then after posting I looked through the uncertain authorship fragments section and through the Alcaeus poems section, in vain, of course. Edmonds doesn't seem to have it. It is known as Fragmentum adespotum 953 PMG.

The answer to the second question is presumably that Bergk was including all fragments that were thought in antiquity to be Sappho's, even if some dissented. I don't think we can do more than speculate about the first question, since Athenaeus's speaker (the Deipnosophistae is a dialogue) does not explain further.

Here's what we can find in Voigt 1971 (in Testimonia); she refers to it as fragmentum adespotum 35 P., which means we can find it in Poetae Melici Graeci (Page 1962) in the section "Fragmenta Adespota" under number 35.

Since you seem to be struggling with the sources, I decided to post three images below.

Here's the relevant section in Voigt 1971: 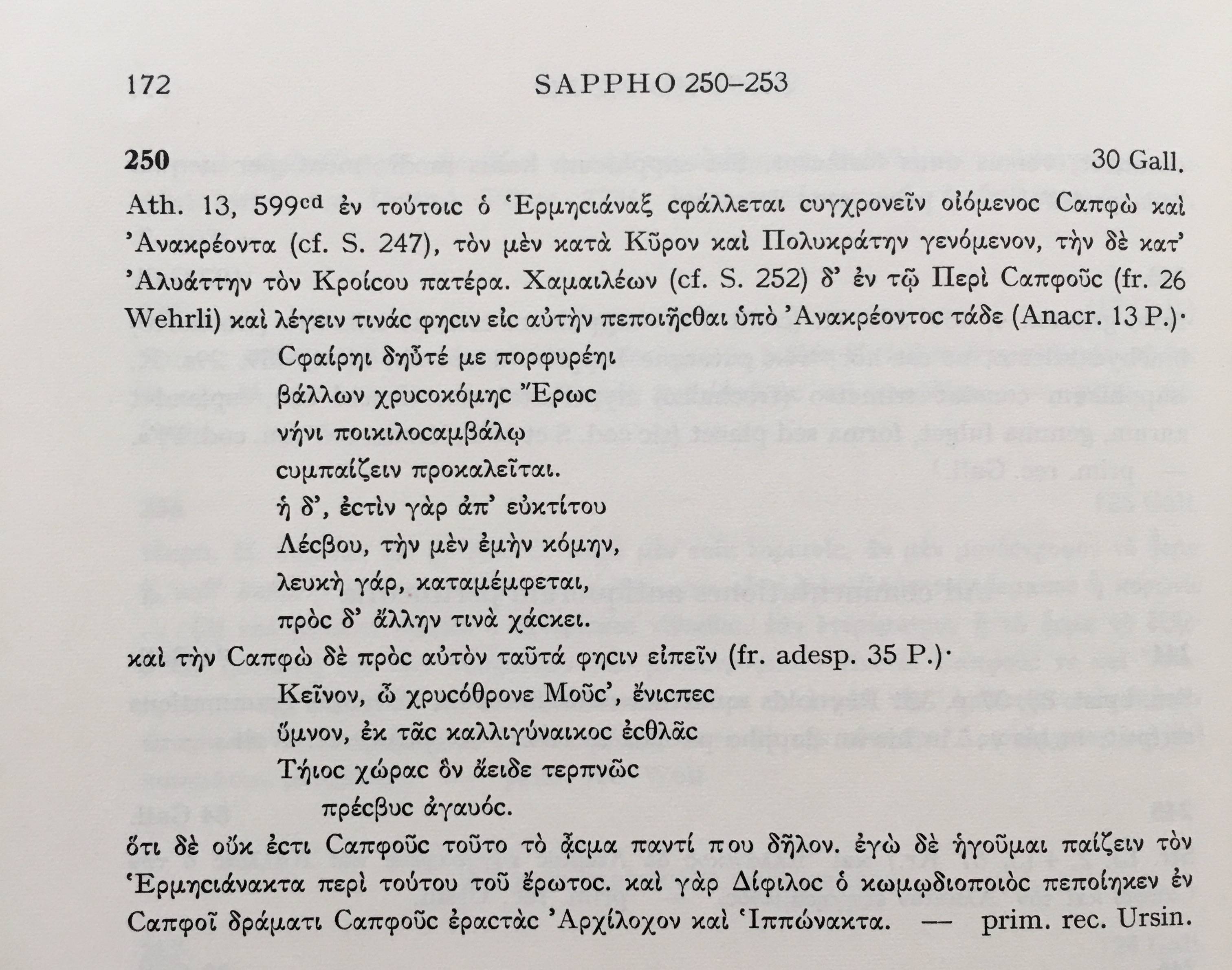 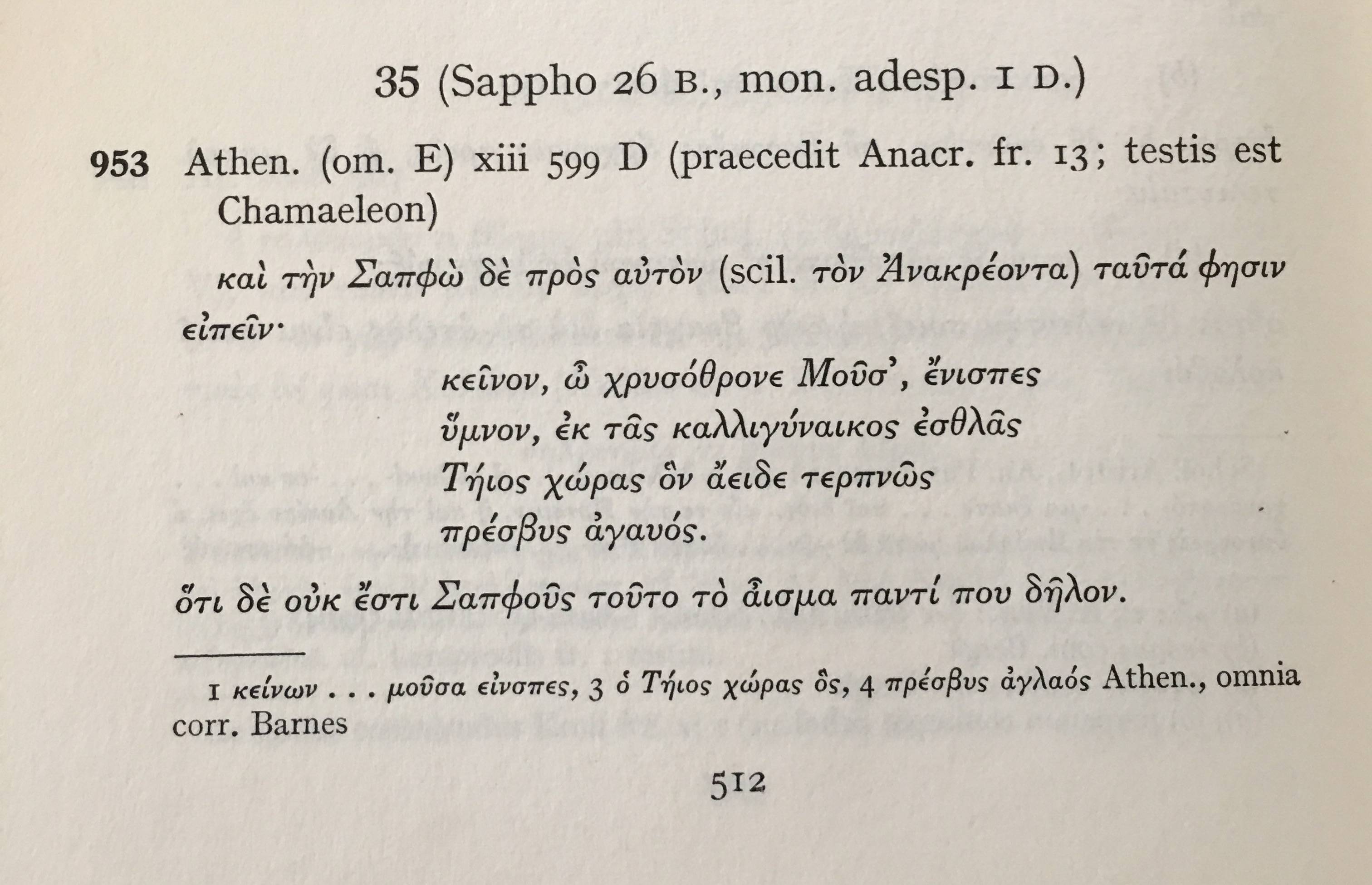 As a matter of fact, Campbell does provide all the information you're asking us about:

10
What does this bit of papyrus say?
7
About Sappho's epigram for the little girl Aithopia: first line (manuscript tradition and experts' take), and authorship
3
On what basis does Campbell put P.Oxy. 1231 fr. 12 together with fr. 15? And why does Edmonds not? And why does C read more than Grenfell and Hunt do?
6
Where does this (Sappho?) fragment come from
1
About an Athenaeus quote marginally related to Sappho
3
Why is the ϝ' in Sappho Lobel-Page universally thought to be a female (AFAIK at least)?