About the Alexandrian edition of Sappho: how were the poems assigned to the books?

I have heard that there was, a long long time ago, an edition of Sappho's poem published (right?) at Alexandria. I know it had at least 8 books (maybe 9, maybe more, that's up for debate) and that the poems were arranged "by meter". So I was wondering: besides knowing that book 1 contained Sapphic stanzas, do we know what meters other books contained? I ask because I see Bibliotheca Augustana splitting the poems into books, supposedly by meter, and yet some books seem to have poems of pretty different meters. Let me make a little list:

So what is B.A.'s logic in that book V, and is it known what meters were in what books (at least the 8 that are sure to have existed)?

Lobel and Page (1963) include fragments 92-99 into ΜΕΛΩΝ Ε - note the question marks throughout pp. 74-83 for all those fragments though. 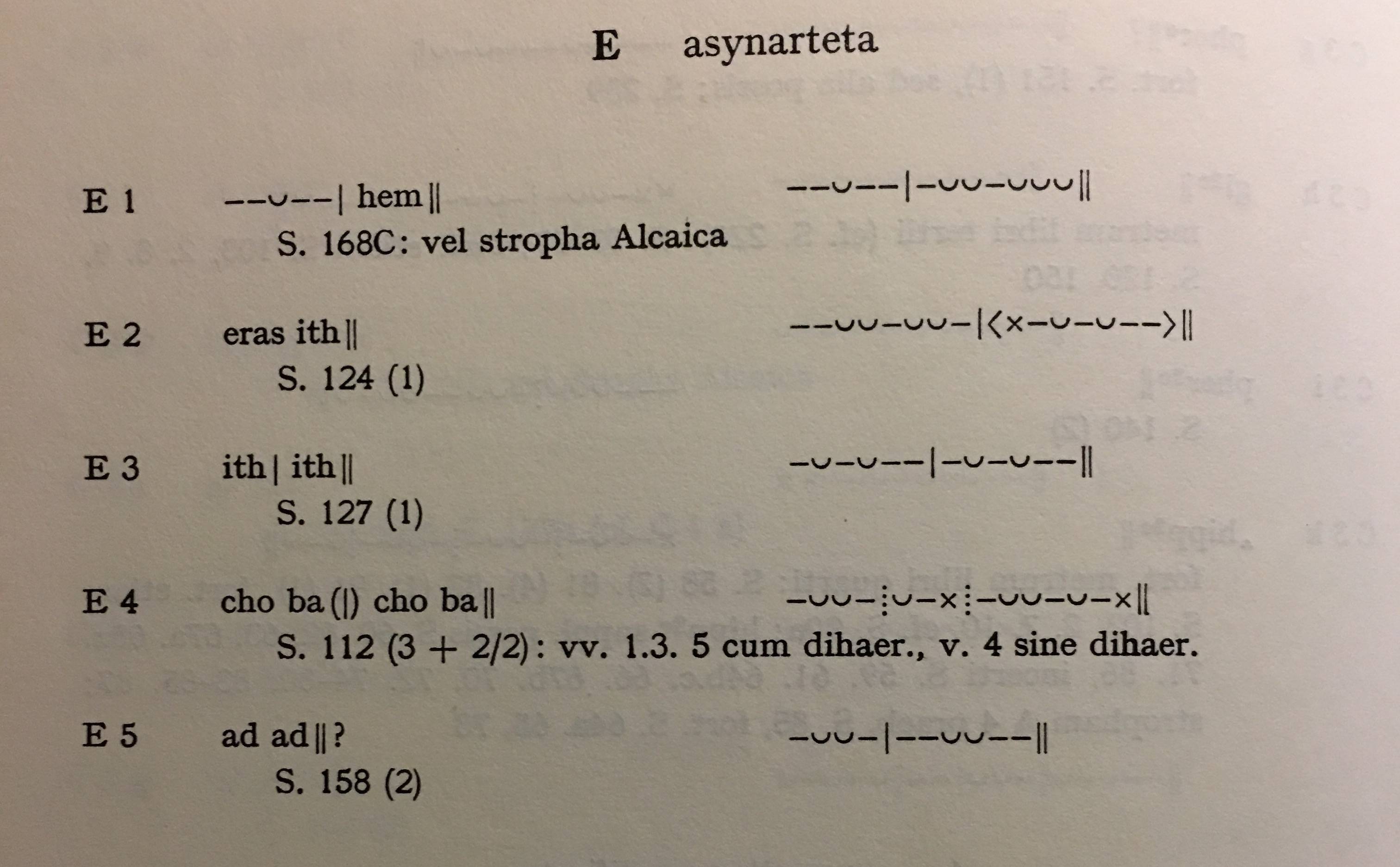 Asynarteton (plural: asynarteta) is understood as "a verse composed of two different metrical units that follow one another without a pause, but have diaeresis between between the two units" (Halporn, Ostwald and Rosenmeyer)

Turns out Wikipedia could answer this with a nice table:

I didn't think of looking for "Aeolic verse" or "Aeolic meter" (which is what I actually looked for today) until just now, after reading this in the part about Aeolic verse and in particular the sentnce «There are other cola, but these are the fundamental building blocks», so I went to Wikipedia in the hope of finding those left-out cola. Ironically, the Wiki article not only doesn't list any extra cola, but lists those in the intro, minus the penthemimer.

So it seems book V was an exception, in that the contents were not chosen according to meter, but to lines-per-stanza number, the meter being various. If this is correct, then I understand some of B.A.'s choices for that book, which are indeed 3-line stanzas. However, a lot of those choices are short fragments of less than three lines, and some are organized into stanzas of more than three, so something is still off in those placements. Or in the stanza division. But then on what basis are the stanzas divided if the poem is only preserved in line beginnings on a papyrus? Finally, Φοίβῳ χρυσοκόμᾳ is definitely book 2, so B.A. has made at least that one mistake.

Not the answer you're looking for? Browse other questions tagged greek poetry sappho metre or ask your own question.

3
About the Sappho fragment containing Doricha's name that was found first (Campbell 15, Edmonds 37)
3
About Sappho 16, ll. 6-9
8
About Sappho Edmonds 89 Campbell 48
6
Identifying corrupted Sappho fragment or mention of Sappho found in just-newly-found-online Spanish edition of Sappho
2
Tracing apparent book-IV colophon not found in Voigt but found in a Spanish Sappho book based on Reinach's French edition
3
Figuring out the grammar of Edmonds 57 (Edmonds' version of the part in cruces of Lobel-Page 46)
1
About Sappho Lobel-Page 152