Is it possible to have a single Latin ligature be majuscule and minuscule?

The Latin grapheme: "Œ" is the majuscule ligature of the letters "O" and "E". Is it proper—or in-fact possible—to have part of the ligature be majuscule and the other part be minuscule?

Here is a partial answer.

I don't know what kind of forms you can find in historical (e.g. medieval) documents.

In normal current typographic practice, no

In Latin texts that have been published in the present day by academic sources, you're unlikely to find ligatures of any kind. It's currently preferred to write "oe" (or "ae") as a digraph composed of two separate characters. As in English, when a word starting with a vowel digraph is capitalized, only the first letter is put in its upper-case form (e.g. "Aeneas", not "AEneas").

The texts that do use the ligature "œ" capitalize it as "Œ", just as in English typography.

Some variant usages that I have seen in historical typography 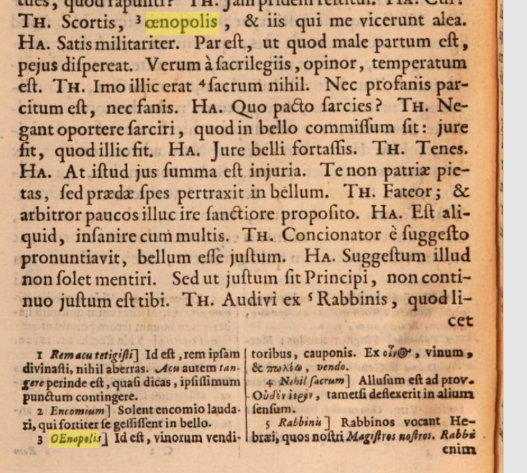 The same text does use the ligature Æ as a capitalized form of æ, so I'm inclined to think that the typographers viewed OE as a single letter that happened to be written when capitalized with unconnected glyphs (similar to the treatment of Dutch IJ in print that Cerberus mentioned in a comment). I'm not sure whether the different treatment of Æ and OE in this text was based on some graphical principle (e.g. the lack of a straight stroke on the right side of O comparable to the right stroke of a capital A), or whether a special ligature for "Œ" was omitted simply because of its much lower frequency compared to Æ.

Not the answer you're looking for? Browse other questions tagged orthography alphabet typography ligatures or ask your own question.

7
Written Latin names of the Latin alphabet's letters
9
On two types of S in a text from 1759
11
Latin ligature “qz”?
10
Did the Romans have a “question mark”?
6
Did any other letters than sigma ever have separate end-of-word variants?
5
How many Greek letters are there?
3
First use of capital letters
3
When were /k/ and /q/ first distinguished in the Greek or Latin alphabet?
6
Æ ligature – the definitive answer