What does the Latin abbreviation "Form." stand for?

I came across a medal commemorating the coronation of Charles XV in 1860. The inscriptions on the medal are all in Latin. I am aware of a few latin abbreviations centered around the creators of medals like these:
FEC. = fecit
SC. = sculpsit
DIR. = direxit

One of the inscriptions on the medal is sculpsit:

But there is another abbreviation on this medal that I am not familiar with:

What Latin verb is this supposed to be?

My guess would be "format" but how is that different than "sculpsit"? I have included a picture that I took of the medal for reference: 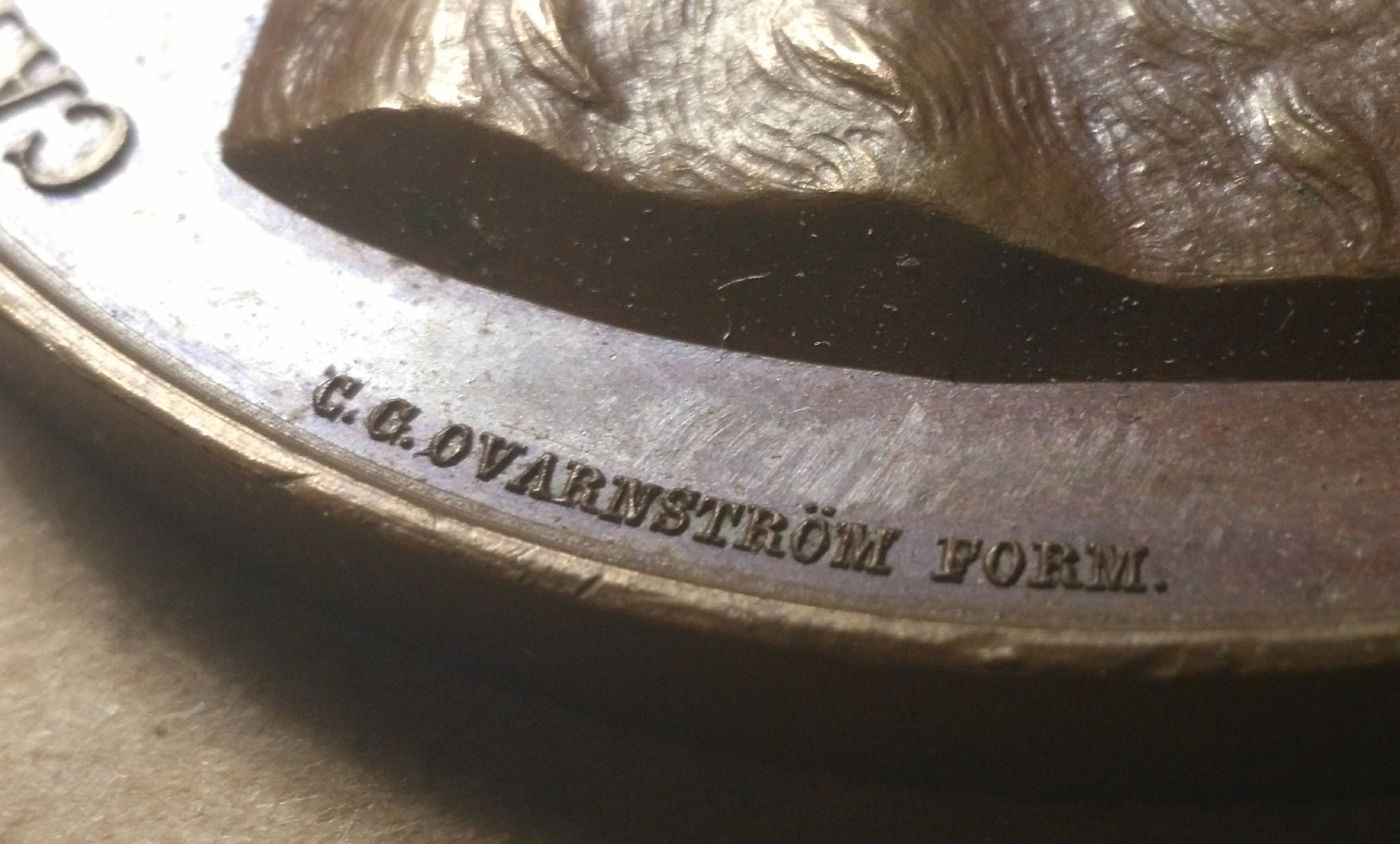 new-latin abbreviations
Share
Improve this question
asked May 13, 2017 at 6:25

To me it seems that formavit here means that someone moulded (minted, coined) the medal based on what someone else sculpted (sculpsit) first.

This dictionary supports the idea of formare meaning to mould.

Note that the dictionary was edited in the XVIII Century, while L&S doesn't even list the verb formare (I think formam dare is more classical.)

From what I can understand from this article (and what I remember,) coins and medals are designed by sculptors, leaving the serial production to mints, so I would say that Ericsson was the designer and Ovarnström was in charge of the minting process.

Traditionally the die was 'sculpted' with chisels and punches. It probably means that this artist shaped (formed) the design in wax or clay and the die was cast from that. Sculpsit and scripsit are in the perfect tense: So Joonas is certainly right that FORM stands for the perfect formavit,

If the artist forms a wax or clay original, a craftsman could sculpt the die to match. Or, if the clay original is full-size, the die itself can be cast, or (on clay or wax) built up with layers of electroplating, using the artist's original work directly. The die is then used to strike the medal/coin.

Not the answer you're looking for? Browse other questions tagged new-latin abbreviations or ask your own question.