Why is the past imperfect instead of the past perfect tense used here?

Take a look at this animation with four frames. I think I can understand the first three, but I am struggling with the last one.

In case you cannot see the file, the yellow point moves from the top of the mountain down to the water, whereas the red point remains at the top. Then, the following frames appear: 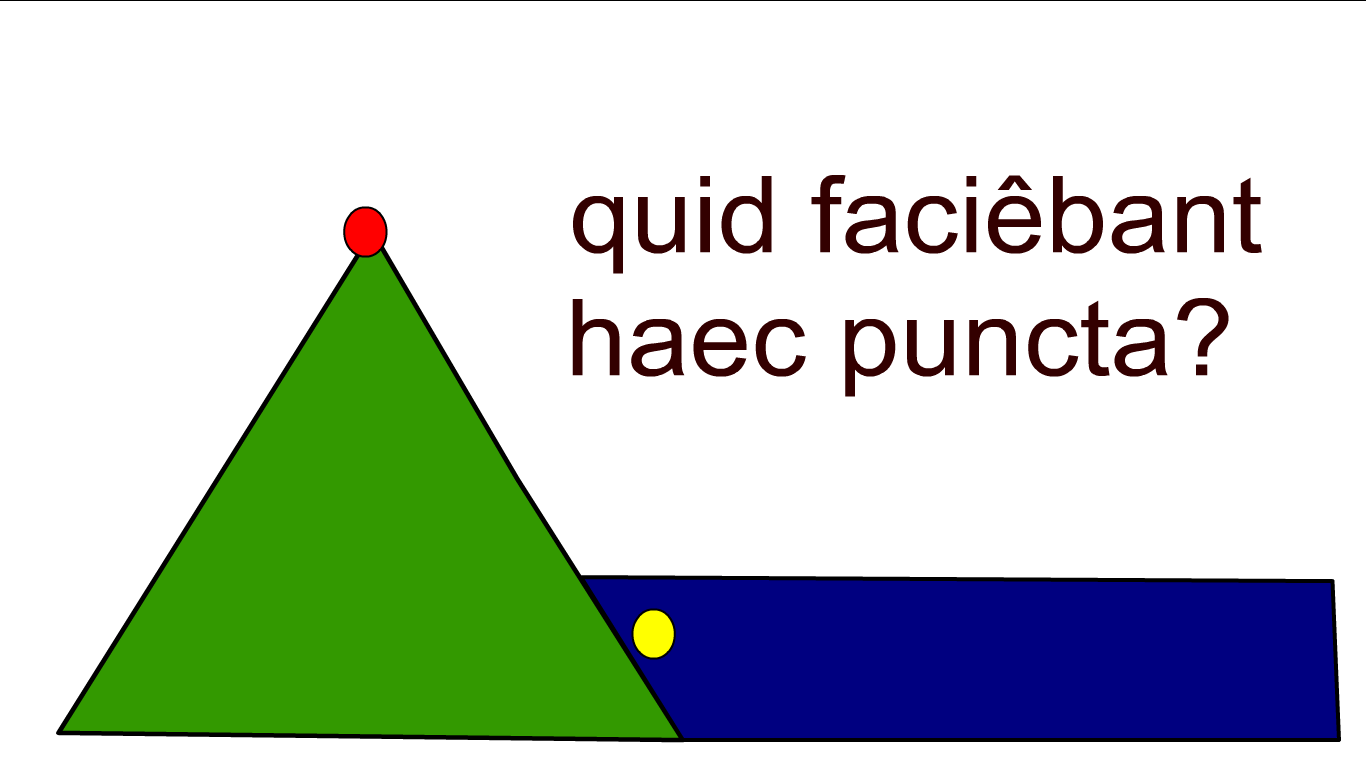 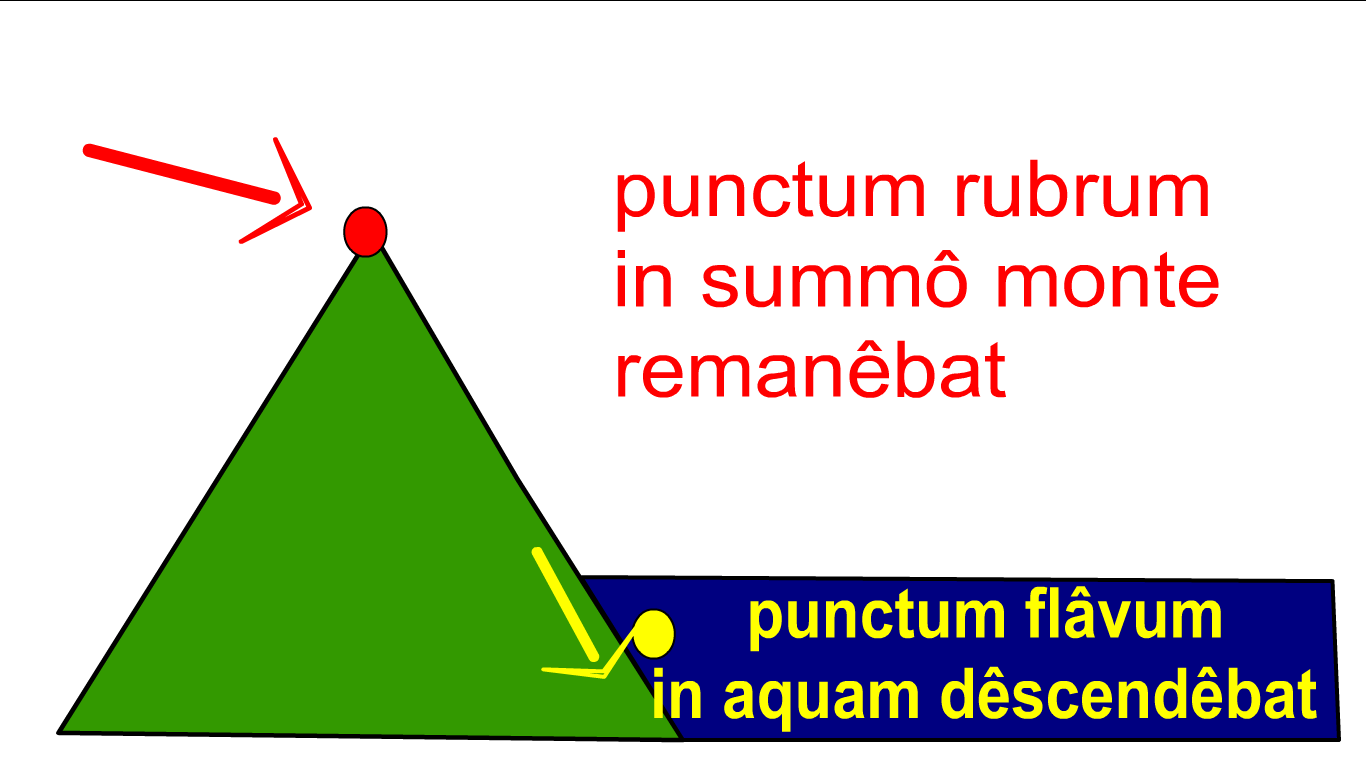 The third frame asks something like: "What happened to these points?", to which the fourth responds, according to my logic, something like this: "The red point remained at the top of the mountain", and "The yellow point descended into the water".

However, the last one uses the declension (3rd persion, singular) "ēbat", instead of "remansit", the past perfect form. Therefore, my interpretation above is probably incorrect.

Which is the correct translation? I cannot figure it out, neither in English nor in Spanish (where the imperfect tense does exist). Something like "The point was remaining at the top of the mountain" makes little sense.

The imperfect in Latin has a continuous aspect to it. In Latin, verbs like remanere are conceived of as not singular actions, but continuous actions. You can't remain in one place as a singular action, because over time, you're still in that place and the action is still occurring.

Compare what Allen & Greenough have to say on it:

The Imperfect represents a present tense transferred to past time. Hence all the meanings which the Present has derived from the continuance of the action belong also to the Imperfect in reference to past time.

Gildersleeve has a nice example illustrating this:

Verres came into the forum; his eyes were blazing.

The blazing of his eyes didn't stop after a singular action, so it's in the imperfect. Likewise, the punctum in your example didn't stop remaining, but continued to do so. So while in English we would say, "It remained there," in Latin the sense would be more, "It continued to remain at the top of the mountain (and didn't leave)."

I should add a caveat that it's not a hard and fast rule because, like all languages, Latin is a human language and abides by human rules, i.e. it's fluid, to some extent. With that said, you could use remansit if the action is completed, so "The point remained remansit on the mountain for one day before descending." It's less about what's wrong, and more about what's right for this particular description.

Finally, and more importantly, the answer is in the imperfect because the question is in the imperfect! The third frame doesn't really mean "what happened," but "what was going on?" As if the actions were continuous and not merely a snapshot of the past (to use Moreland and Fleischer's term).

Not the answer you're looking for? Browse other questions tagged verbs or ask your own question.

13
Why is there no future perfect subjunctive in Latin?
8
Should the phrase "I often saw" use the imperfect or the aorist in Greek?
7
Why is perfect passive participle from 'enuntio' - 'enunciatus'?
6
Is "ire" used correctly here? "Iosaphatum salutem ite."
6
Does the perfect "faxit" have an optative sense?
6
Why is "et sine ipso factum est nihil quod factum est" translated into past tense?
5
Why vesperascit instead of vesperescit?
8
Future: why -am instead of -em?
4
Why is dignetur used as if it were in the active voice?
10
Why "dilatasti" instead of "dilatavisti" in Psalm 4:2?