It's because Z was borrowed from Greek. While, as the other posters point out, archaic Latin had a Z, it had disappeared due to sound changes. It was then forgotten and then borrowed from Greek to represent zeta. They also borrowed Y for upsilon, which is why both of these are at the end of the alphabet.

Incidentally, Latin didn't have J, U, or W, which are medieval variations on I and V. Because they developed from existing letters, they appear next to the original letters. That's a bit simplified, but it's the basic story. 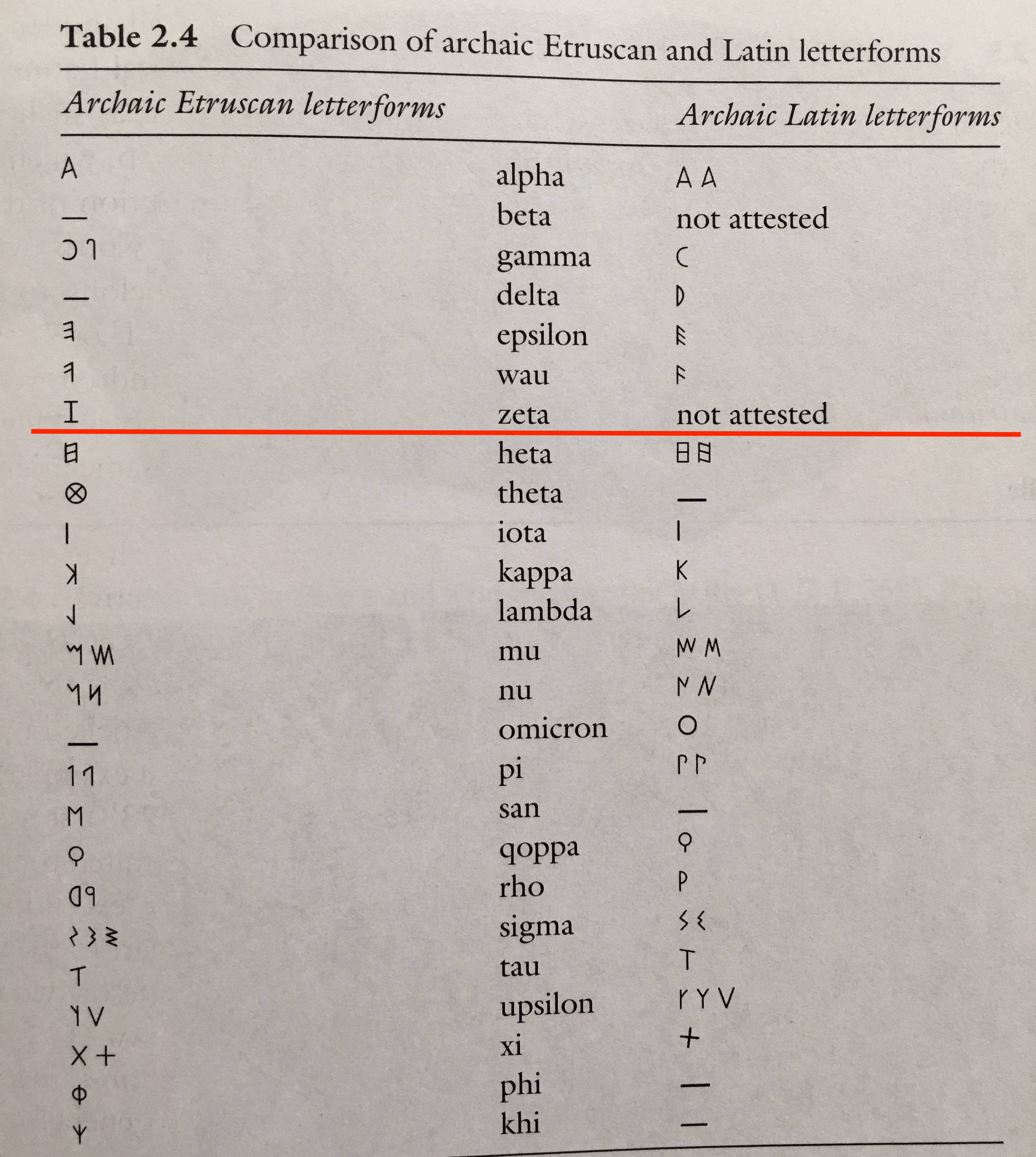 28
Rhotacism: why?
32
Why did the letters in the alphabet shift position?
19
Is there a Latin version of "Quick brown fox..."?
13
Why was Z used in digraphs?
8
Is "s" between two vowels voiced or unvoiced?
11
When did the Romans start using Z?
3
Was the letter phi used in Latin?

19
Are there any complete Latin inscriptions written in boustrophedon?
19
Is there a Latin version of "Quick brown fox..."?
11
Why is the letter K a rare letter?
3
Is there a Latin standard for transliterating Russian?
5
What's the deal with Q?
5
When transliterating from Latin to Greek, what kind of rho is used?
11
When did the Romans start using Z?
5
How many letters are words in Latin?
5
How many Greek letters are there?
4
Why aren't there more letters representing consonant digraphs in Greek?