When did the latin alphabet become bicameral?

When did the characteristic mixture of capitals and minuscles develop that makes the Latin alphabet bicameral?

Decorative initials were probably a preliminary step in this direction, but I don't count this as bicamerality yet.

There was no difference in meaning between upper case and lower case letters. The differences in the shapes of the letters were simply the result of the handwriting of the individual writer.(Source — not the best, nor I have not found an example) 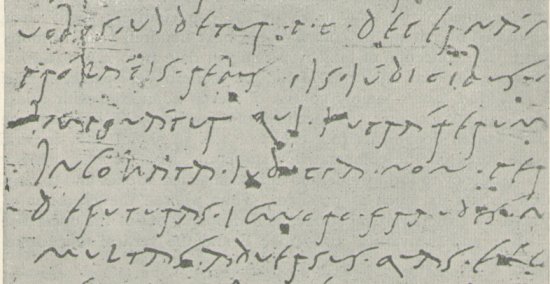 Insular and uncial scripts (4th-8th centuries) sometimes made use of large decorative initials, such as in the Cathach of St. Columba (source):

The Carolingian was the first truly bicameral script. (EDIT: See the comment by Cerberus below, on earlier capitals in Merovingian script.) Leila Avrin Scribes, Script, and Books (2010) p. 190 (via Google Books):

This [the Carolingian] system was the origin of our tradition of initial-word and proper-name capitalization, and shows us why large and small letters are a permanent feature of modern European scripts but are lacking in Semitic scripts, which did not undergo the same medieval scribal development. By the eleventh century, capitalization of initial and important words began; it became more common in the thirteenth century and was ﬁxed in the sixteenth.

However, these Carolingian-script capital letters were distinct from Roman square capitals:

A hierarchy of scripts was established to distinguish different levels of text. At the top of the hierarchy were square capitals, which were used for book headings, and rustic capitals, used for the explicit (the last line of a book). Uncials signaled chapter headings, the table of contents, and the first line of text; half uncials were sometimes used for preface and the second text line; and Carolingian minuscules were used for the main text. Carefully drawn and coloured large Roman square capitals were used as major paragraph initials. This period marks the first time multiple writing styles were used both to decorate the text and to delineate categories of content. (Source)

Carolingian minuscule was largely replaced by Gothic scripts until early humanists such as Petrarch (1304-1374) revived its use. I have not read anywhere that Petrarch changed the use of capital letters, but it appears that he uses at least some Roman capitals as we do, as in this sample of his handwriting (source): 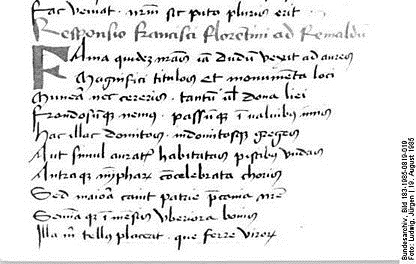 An influential teacher of the Humanist rounded letterform, Niccoli combined classical Roman capitals with the Carolingian minuscule to form a dual alphabet. He adapted the Carolingian script for faster everyday writing by sloping the letters a little (the result of holding the pen at a more comfortable angle), and allowing some of them to join up. His script ... as that of Bartolomeo Sanvito, was a forerunner of the italic type metal type for follow. (Source) 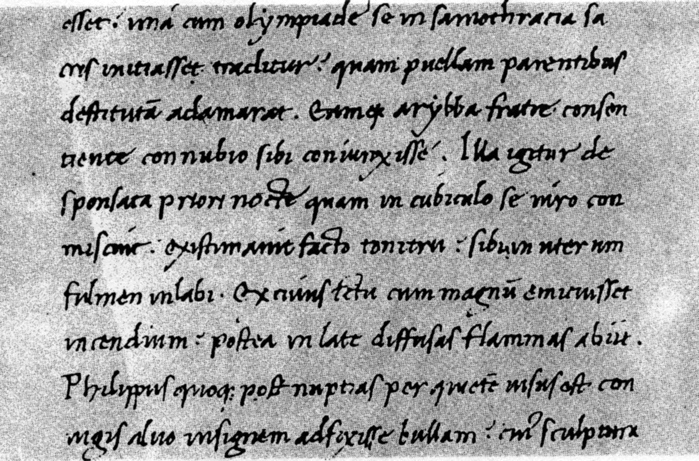 was used in the cheaper writing shops. Using this style produced faster results because it did not need the carefully formed lettering like its rival lettera antica. The huge pro for Italic type during this time was its cost. It was inexpensive to print, saved time and space. (Source) 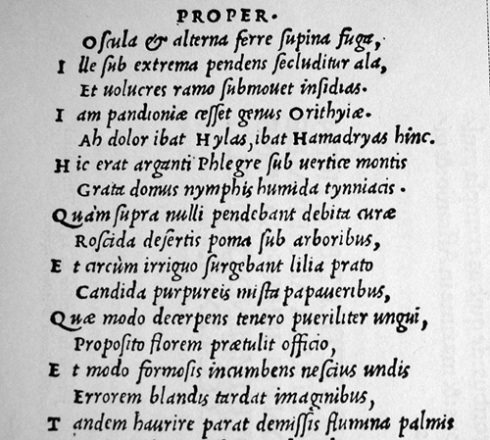 Initial-word and proper-name capitalization was first used in Carolingian minuscule (from c. 800), but the use of Roman square capitals for these purposes (which has continued to our time) was not fully developed until the 15th century.

Not the answer you're looking for? Browse other questions tagged language-evolution alphabet or ask your own question.

3
First use of capital letters