(This is more of a reference request than a question, since I'm looking for a more detailed discussion than is normal for an SE answer.)

The Greek adjectives for "good" and "bad" each have several irregular comparative and superlative forms from different stems:

(This isn't a complete list — there are some rarer forms I'm omitting.)

Smyth (319) has a short discussion of the semantic differences:

This is useful as far as it goes — but that's not very far. It's very terse and doesn't give examples, and it doesn't discuss the meanings of these forms when describing different kinds of referents (e.g. how does the meaning of βελτίων differ when applied to a person than to a thing?) Also, it says nothing of genre or period, but the usage of e.g. Homer and Plato are presumably different. So I'm looking for a fuller examination of some or all of these forms, with examples of their usage in Greek authors. Does anyone know of such a discussion?

In Berger 2012 doctoral dissertation we can find the following: 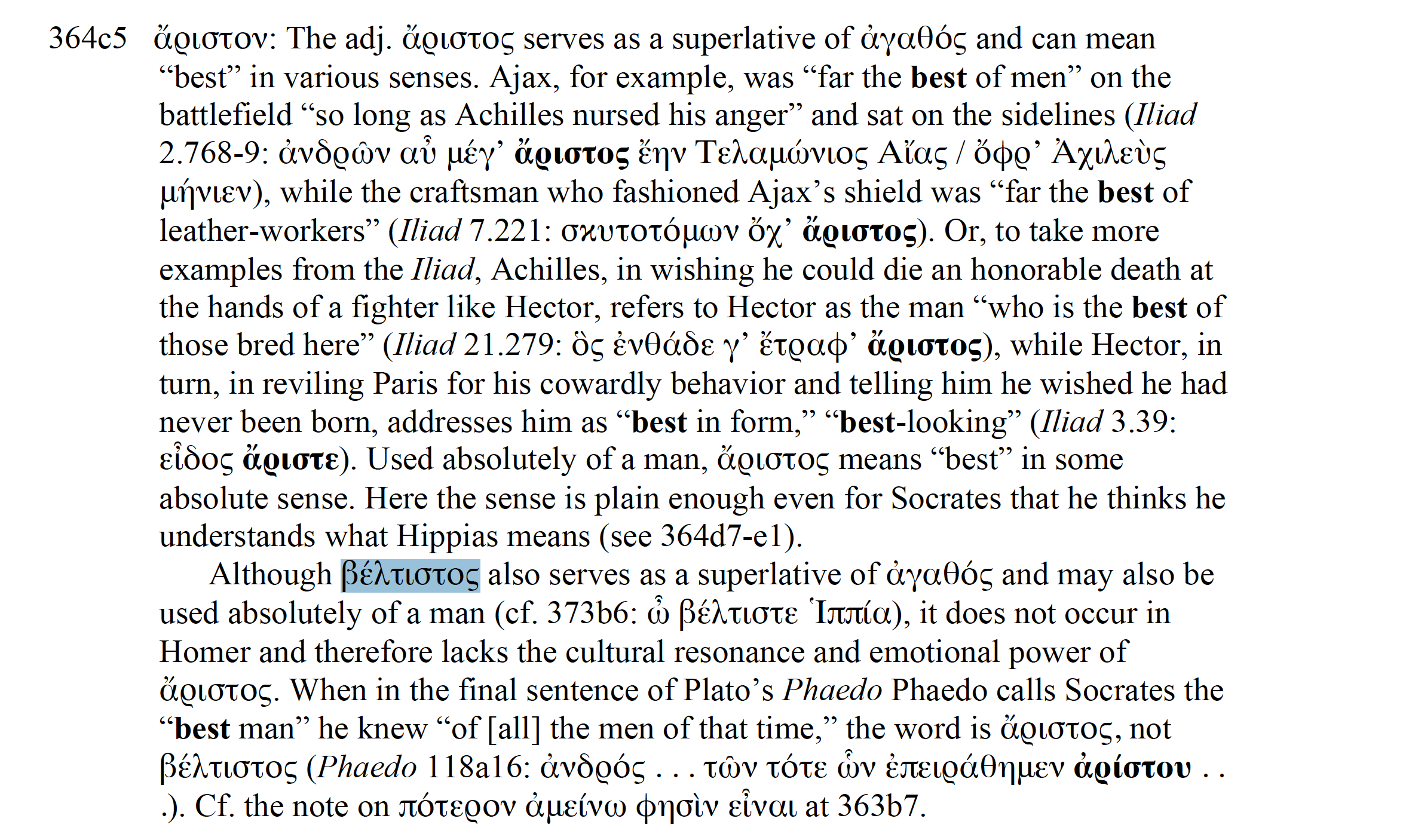 Not the answer you're looking for? Browse other questions tagged greek word-comparison semantics reference-request or ask your own question.

9
Semantic differences between verbs of thinking
5
When were trivialis and quadrivialis introduced?
7
Does learning Modern Greek improve one's knowledge of Ancient Greek?
5
How to distinguish assistant and associate professors?
8
Do non-Attic-Ionic dialects distinguish the accusatives of the ἀσπίς and χάρις types?
4
Greek: Function of ὅτι in 2Cor 2:14-15
1
Why is the phrase “horror vacui” commonly interpreted as “nature abhors a vacuum”?
5
What is the best Greek word for a thrown knife?