The Latin word for "report" is refero, referre, rettuli, relatus. At first, I thought that rettuli, with 2 t's, was a typo, but it actually appears that retuli, with just 1 t, is the uncommon form in comparison.
This seems rather strange to me, because most of the compounds of fero do not seem to double the t. For example:

Why is refero an exception? Additionally, what instances are there of Latin writers using the more uncommon form of retuli instead of rettuli?

As @cnread's comment indicates, the geminate t of rettuli is thought to be a remnant of Indo-European perfect reduplication.

The Proto-Indo-European perfect tense was formed with reduplication of the first consonant of the root; a few Latin perfects still do this, e.g. cecidi, peperi, cucurri. Rettuli would then come from an older form re-tetuli; the short e, which would have been unaccented in early Latin (in which accent was on the initial syllable), was lost by syncope and the two t's fell together. The same explanation accounts for other such forms, e.g. reccidi, repperi. (The geminate d of the present reddo is probably due to the same phenomenon, except that in this case the reduplication was a present-stem formant rather than a perfect marker, cf. Greek δί-δωμι.)

The prefix re- also appears as red-, an older form which mostly disappeared along with other final -ds (personal med, preposition extrad, imperative estod, ablative marid...). You can see this d in forms like red-īre and red-dere, and remnants of it in religiō/relligiō and redūcō/rēdūcō (assimilation and compensatory lengthening).

While most -ds disappeared, some words (like your rettulī) kept their older forms...sometimes. As L&S put it, "[t]he orthography and quantity of words compounded with re are in general somewhat arbitrary, especially in the ante- and post-class[ical] poets". So while rettulī was the most common form, retulī and rētulī were by no means unheard of especially in Pliny, and Lucretius also used forms like rellatus/rēlatus (showing the -d in the fourth stem).

A brief comment re: geminate vs. non-geminate perfect forms of refero. 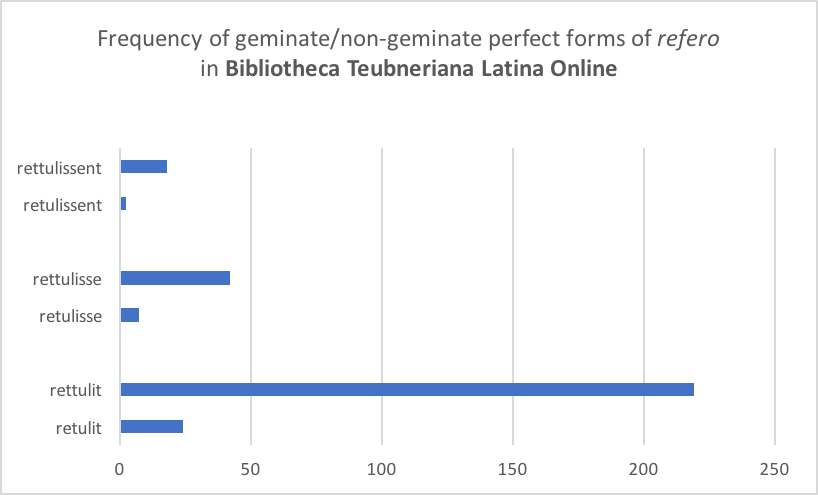 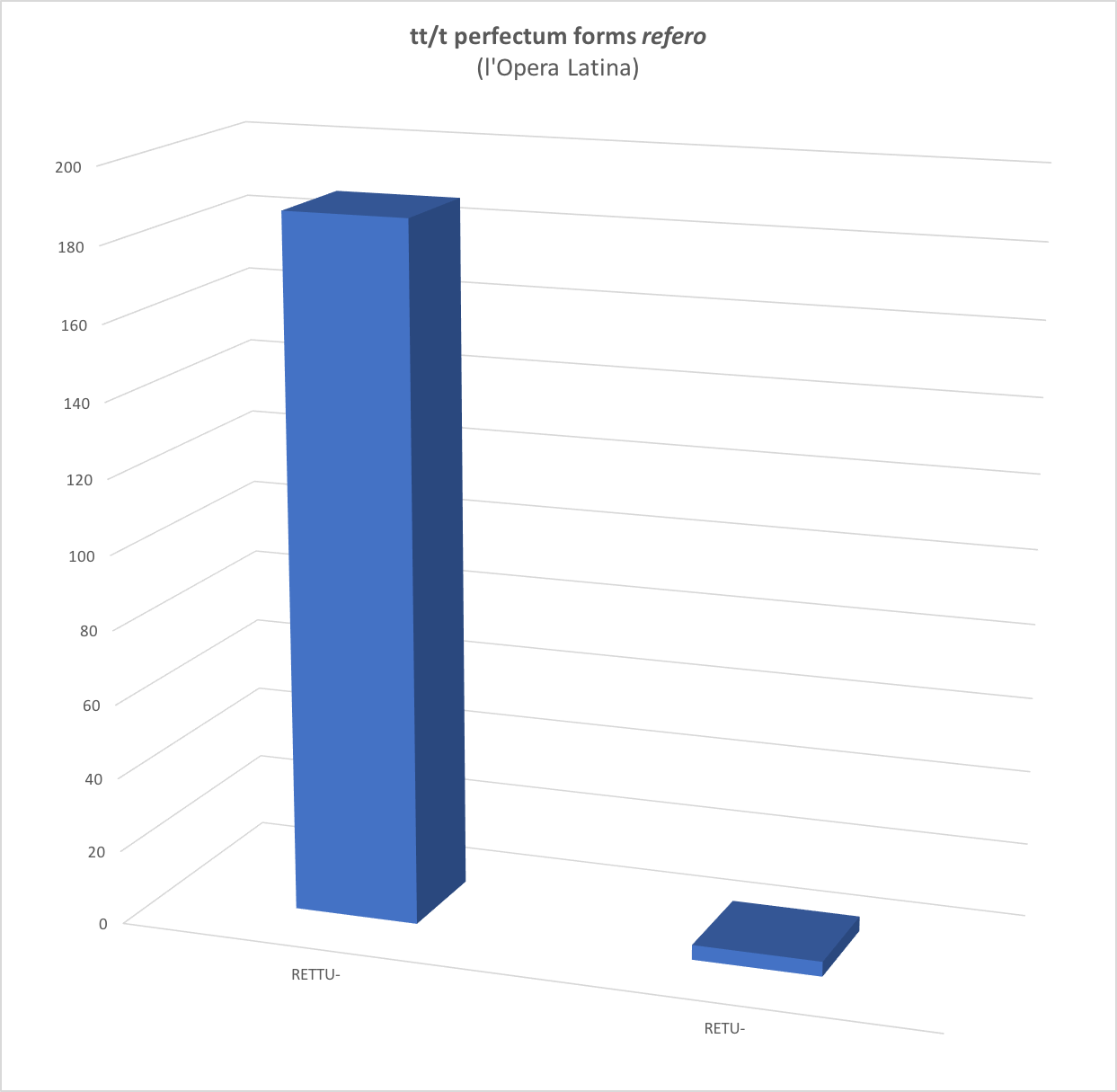 Not the answer you're looking for? Browse other questions tagged verbs irregular-words compound-verb or ask your own question.

13
Which verbs have reduplicated perfect stems?

9
Technique to find first principal parts when later parts change spelling? E.g. find 'nanciscor' from 'nactus'
5
Why is there an exception when forming 3rd conjugation imperatives?