Did the Romans use war-dogs?

I was surprised a few days ago to find myself in an argument with a reputable historian about the Romans' use of dogs in war, which I dismissed as a fantasy — or possibly a mere misunderstanding of Antony's soliloquy in (Shakespeare's) 'Julius Caesar', where he says Cry Havoc! and let slip the dogs of war.

The only genuine/original reference that I can find is in Vegetius IV.27, where he describes the use of guard dogs, trained to bark at the surreptitious approach of an enemy. Other internet searches have turned up nothing but simple assertions that dogs were trained for, and used, in war, and there are even illustrations — but no actual evidence. I already knew about the canis molossus, a kind of mastiff which is surely historical, but no reference that I can trace suggests its use in warfare.

The whole thing seems unlikely, but perhaps I am wrong to reject it. Is there anywhere a source in support of the Romans' use of dogs in war?

The question asks about Romans using dogs, and therefore I'm going to say no.

A king of the Garamantes also was brought back from exile by two hundred dogs, which maintained the combat against all his opponents. The people of Colophon and Castabala kept troops of dogs, for the purposes of war; and these used to fight in the front rank, and never retreat; they were the most faithful of auxiliaries, and yet required no pay. After the defeat of the Cimbri, their dogs defended their moveable houses, which were carried upon waggons. Jason, the Lycian, having been slain, his dog refused to take food, and died of famine. A dog, to which Darius gives the name of Hyrcanus, upon the funeral pile of King Lysimachus being lighted, threw itself into the flames, and the dog of King Hiero did the same.

Polyaenus mentions it as something Alyattes (a Lydian king) did against the Cimmerians in the eighth century BCE:

Others are gathered together in Forster's article "Dogs in Ancient Warfare" (Greece & Rome 10, 1941: 114—117), but for Romans they seem to only be guard dogs. It's possible that they may have been used at times during war, but they certainly weren't a regular feature of it.

I'm not sure where the idea originated, but The Zoologist, written in 1884, only mentions that dogs were used in war by the Persians and Assyrians, though he does mention the Pliny reference. And I as I mentioned in a comment to the question, the OCD3 does not mention dogs used in war, which I also would have expected it to were there good evidence for it.

Indeed, dogs have been commonly used in warfare.

Dogs were commonly used for the care of the house and in the army to accompany the guards. 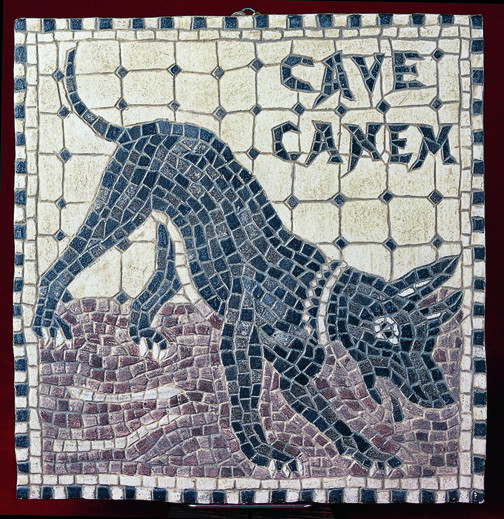 This is one of the first important references for start to work: Arrian on coursing: the Cynegeticus of the younger Xenophon https://books.google.es/books?id=-15dAAAAcAAJ&pg=PA219&lpg=PA219&dq=Canes+Bellicosi&source=bl&ots=j8uFVwS9M7&sig=fpWD8NLM8-h99mRpoZ2yuhnaJSM&hl=es&sa=X&ved=0ahUKEwi02PD-8anVAhUDK1AKHWy-B34Q6AEINTAB#v=snippet&q=canes%20bellicosi&f=false

An even more complicated issue is whether in the Ancient egyptian were already using dogs in warfare: Engraved in furniture found in relation to Neb-jeperu-Ra Tut-anj-Amón (Tutankamon): 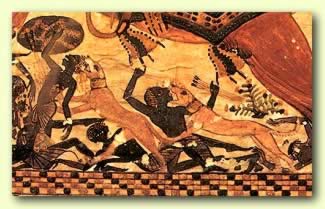 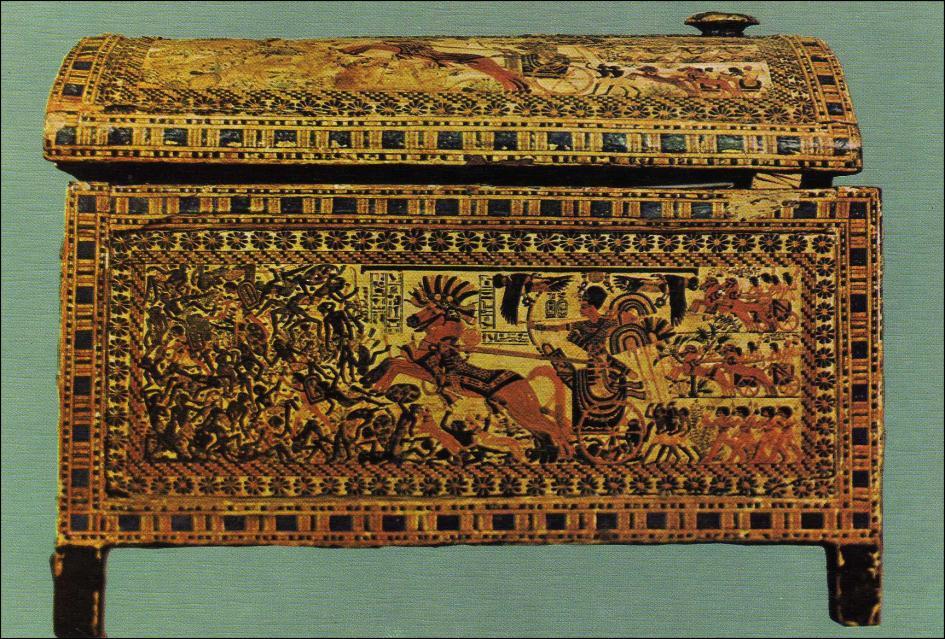 Not the answer you're looking for? Browse other questions tagged example-request resource-request military or ask your own question.