Examples of "homo" used for a woman 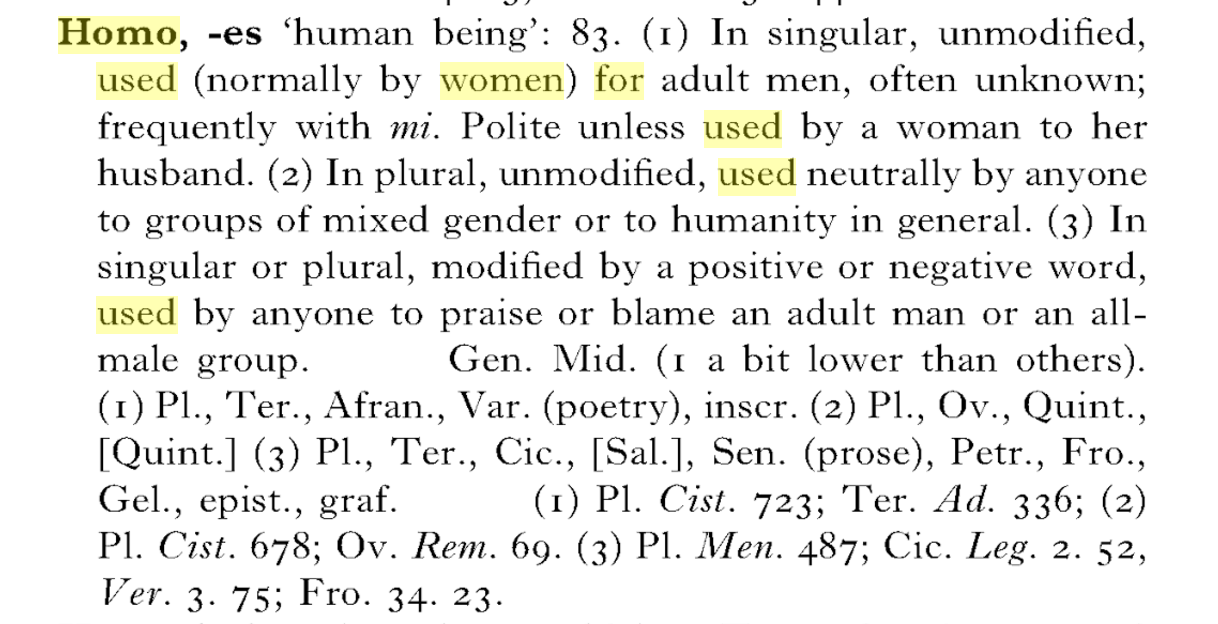 7
Is the phrase professor emerita grammatically correct?
4
Good examples of common gender nouns
8
Does Latin have any neuter words for humans?
3
Can "ave, vire" be used colloquially as "hey, bro"?

7
What are some examples of "subicio" being used to mean "submit, subject, present"?
6
Can the adverb nunc be used in apposition?
4
Good examples of common gender nouns
8
Was the term "firmamentum" used outside of Christian or Jewish texts?
5
Can "sequi" be used to indicate that I "follow" an argument?
3
"ita" used for "adeō"
6
How would you say 'caring man'; Homo ________?
8
Does Latin have any neuter words for humans?
6
Can valeo be used transitively?
5
Can "homo" be used as an impersonal pronoun?