I have a few Latin to English and English to Latin dictionaries, but I was wondering whether there is such a thing as a Latin to Latin dictionary, and, if so, where one might be found. There are, of course, such things for English, French, and almost every other modern language (think OED and Le Petit Robert). I have not, however, come across such a thing for a classical language such as Latin.

I can see little practical use in translation from Latin to English or English to Latin, but it may be interesting in gaining a fuller understanding of a word and useful in the context of attempting to read and understand with fluency without having to rely on the vernacular.

Any help or guidance would be appreciated, gratias ago. 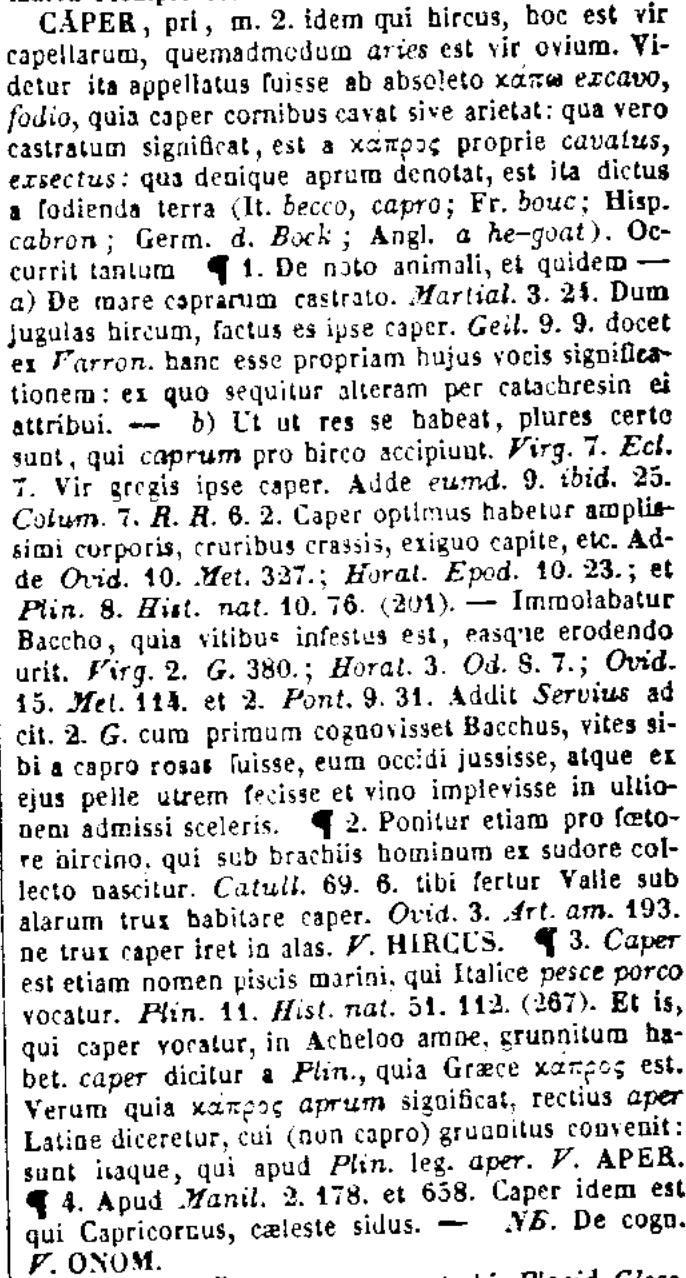 Egidio Forcellini's Totius Latinitatis Lexicon, published in 1771 when Latin was still in widespread use, is available on-line in a convenient, searchable form at http://linguax.com/lexica/forc.php, as well as on archive.org and Google Books.

As you can see in the entry for căper, it includes a definition of the principal sense entirely in Latin, equivalent terms in modern languages, etymological notes, quotations from classical (and sometimes later) authors, and even notes on correct usage, all in Latin. Many entries distinguish literal from extended senses.

For one who looks for a Latin-Latin dictionary which is lighter than Forcellini's, there are some options with varying degrees of completeness.

Murzintcev Nikita has done great work in making some valuable Latin dictionaries more accessible. In the page of Latin-Latin dictionaries several options are listed along with Forcellini's. An example given there for a dictionary which is available online (aside from GoldenDict interface[see site]) is Vademecum in opus Saxonis et alia opera Danica compendium ex indice verborum

Another option (less-accessible and not modern) is Comenius' Lexicon. There was an attempt to transcribe that work, but it seems to be never completed.

Not the answer you're looking for? Browse other questions tagged vocabulary dictionary or ask your own question.