Ksar Sbahi (Or Ksar Sebihi) is a town in the district of Oum El Bouaki, Algeria.

Under the Roman occupation, the same town held the name (Gadiovala / Kadiofala).

I wonder ir someone can explain the name's meaning or even give some hints or theories. 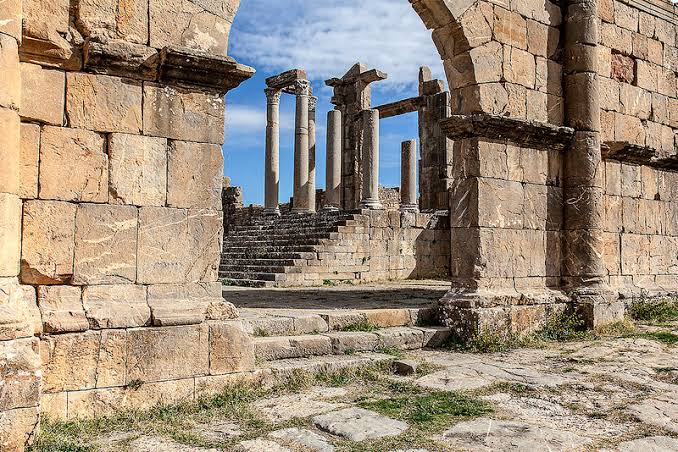 It appears that there is no etymological information available about this town, based on the fact that the geography of this region was studied in depth by Charles J. Tissot, and none of the evidence about its name is etymological in nature. In his Géographie Comparée de la province Romaine d'Afrique, Tissot says the following:

We also owe Mr. Dewulf for a second, no less interesting inscription, which definitively fixes Kasr Sbehi as the location of Gasaupala from Peutinger's table. We reproduce it here: 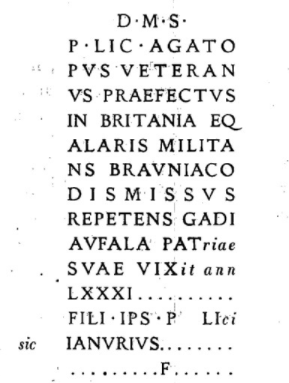 This text also gives us the true spelling of the name that Peutinger's table, Antonin's itinerary and the Notice of the Churches of Africa write Gazaupala, Gazaufula and Gazaufala. (Géographie Comparée de la province Romaine d'Afrique, pg 418)

Here's the itinerary and table he refers to: 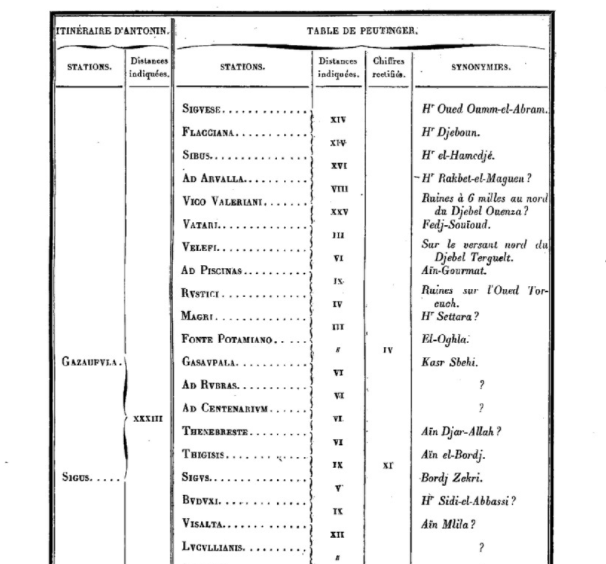 It might also be of interest that an alternate spelling of this town is Gazophyla, and it's mentioned in Procopius' The Vandal Wars § 4.15.52:

He, therefore, upon hearing that Stotzas with some few men was in a place called Gazophyla, about two days' journey distant from Constantina, wished to anticipate the gathering of all the mutineers, and led his army swiftly against them.

This town is also mentioned by Augustine in De Baptismo Contra Donatistas § 7.40.78:

Salvianus of Gazaufala said: "It is generally known that heretics have nothing; and therefore they come to us, that they may receive what previously they did not have.

In a footnote, Philip Schaff affirms that these names refer to the same place:

Not the answer you're looking for? Browse other questions tagged meaning place-names or ask your own question.

13
How did mundus come to mean both world and clean?
12
How to use immo?
8
What are your views on inventing place-names in Latin?
8
When and how did "bonus" get to mean "extra"?
7
Quomodo "Bloomington" reddere?
4
What's the logic of sub- in words like suppleo and sufficio?
10
What is the Latin joke here?
10
Did the Romans really speak of "mare nostrum"?
7
What is the difference in meaning/usage between "nasciturus" and "nascendus"?