Why is "Gavisus sum" translated "now I rejoice" instead of "I rejoiced"?

In the vulgate, Philippians 4:10 begins with the following:

The Douay-Rheims translates this:

Now I rejoice in the Lord exceedingly

I'm also not sure where the "Now" is coming from--is that a rendering of "autem"? I think of that as "however" or "but"?

Philippians 4:10 in Vulgate and Douay-Rheims.

Cerberus's answer makes sense, but it's important to remember that this letter wasn't originally written in Latin, but Greek. The Greek text, from the SBH edition, reads:

The Vulgate, in this case, is an extremely literal translation of the Greek. The first Greek word, ἐχάρην, is aorist, so the Latin likewise uses an aorist (which looks identical to the perfect but is slightly different).

Scanning through LSJ's attestations for χαίρω, I haven't found any instances of an aorist with a present meaning; as you would expect, the meaning is generally past. And so indeed, the New International Version renders this with a past meaning in English:

I rejoiced greatly in the Lord…

And likewise the King James version:

But I rejoiced in the Lord greatly…

Wait, but the Greek verb isn't deponent, so why does the Greek use a passive form? Χαίρω is more often found in the active, so we might expect an active ἐχαίρησα instead. However, according to LSJ, the active, middle, and passive of this verb are not infrequently used with the same meaning:

In other words, the second aorist passive ἐχάρην is used with the same sense as the active, and shows up in Iliad 7.54 among other places. In cases like this, where an active, middle, and passive form were all available, there was probably some subtle difference in meaning or connotation that led Paul to choose one over the other. But whatever that difference was, LSJ doesn't mention it.

For the "now", that's a translation of the second word of the Greek, the particle δὲ. It's an extremely versatile particle with a lot of possible meanings, so while autem may be the closest Latin equivalent, it's not an exact translation.

With many (semi-)deponent verbs, the perfect participle often has a present meaning*. That is probably why it is translated as present here, especially if it fits the context.

sometimes an emphasized and 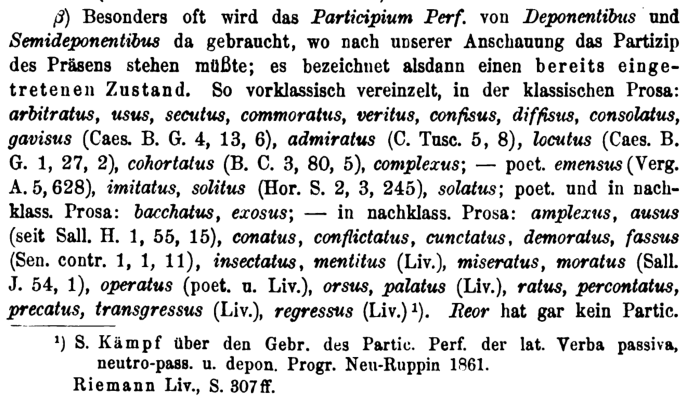 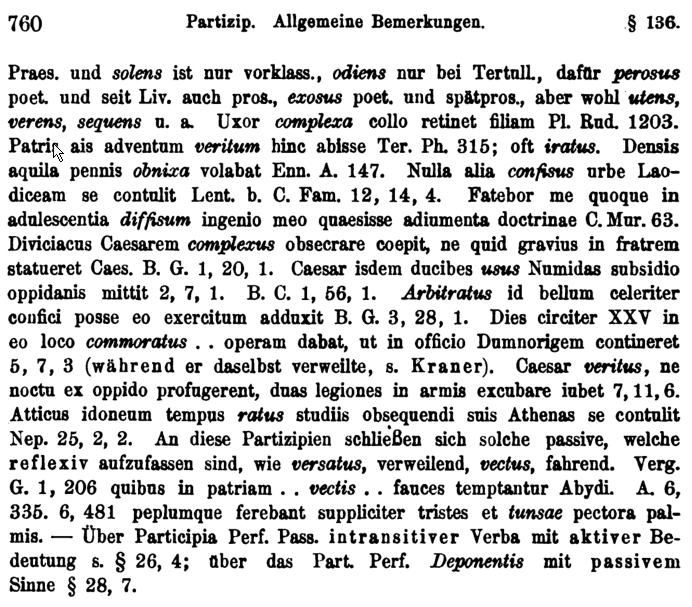 Not the answer you're looking for? Browse other questions tagged latin-to-english-translation ecclesiastical-latin vulgata tenses or ask your own question.

5
When are deponent perfect forms used with a present meaning?