Previous questions and outline of needs

Several questions have been asked, especially for polytonic Greeek – especially ‘What are popular fonts for polytonic Greek?’ and ‘Greek font with legible diacritics’ – but neither of them cover my needs. I am quite a big fan of EB Garamond, which is my go-to font for any kind of academic writing, but in my online writing, I very often need numerous diacritics, such as combining dot below. Further a font-family with both a sans-serif and a regular type is desirable for this kind of writing (ɔ: online).

My main needs are:

Specimens and issues with these

EB Garamond is not a big fan of combining dot below, which I use for poetry (ictus). Another font which I find very pleasing, is the Alegreya family, especially since it has both regular and sans-serif types.

Here are some samples (the sample text below is ‘Æýūøĭọ ἄνυροπος’ [Sorry about that, folks; it is two in the morning, and it was supposed to say ἄνθρωπος – well, it still gets the job done, even though it’s gibberish.]): 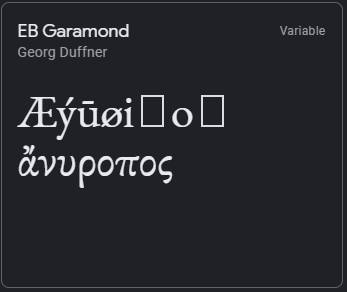 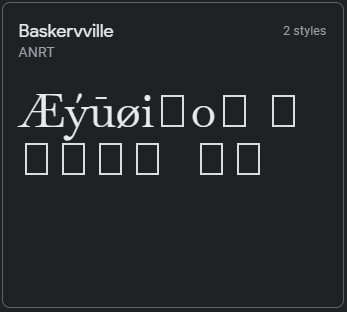 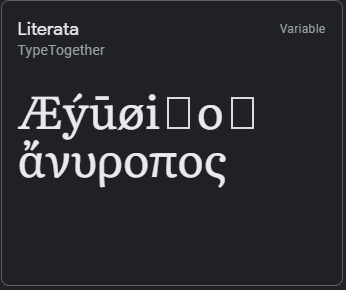 Baskerville stands out as a no-go: Though it looks excellent on-screen, it has no support for Greek. The other ones all look fine. EB Garamond generally isn’t that great on-screen (it never was designed for it), though it does work if set larger; Liberata is quite fat, but does work on-screen; but both of these only come as seriffed, which make them rather undesirable for my needs. Alegreya and Source Pro are both good candidates, as they come in both seriffed and sans-serif styles; they both support Greek polytonic, though Source Sans Pro does not. However, these too both have lacking support diacritics. The option I have used thus far, is OpenSans, which is yielding this mess: 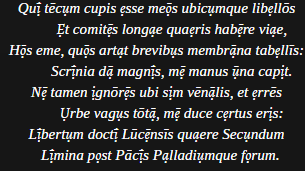 Notice the i with a macron floating on top of it; the u with a macron which is in a different font – the fallback font; and, in fact, this is true for every single example of a vowel (and I am assuming consonants as well) with an extra diacritic underneath: The vowel is changed to the fallback font, which can be seen when compared to vowels with no diacritic or only a macron.

Even in LibreOffice, with all the necessary OpenType features switched on, it doesn’t look desirable: 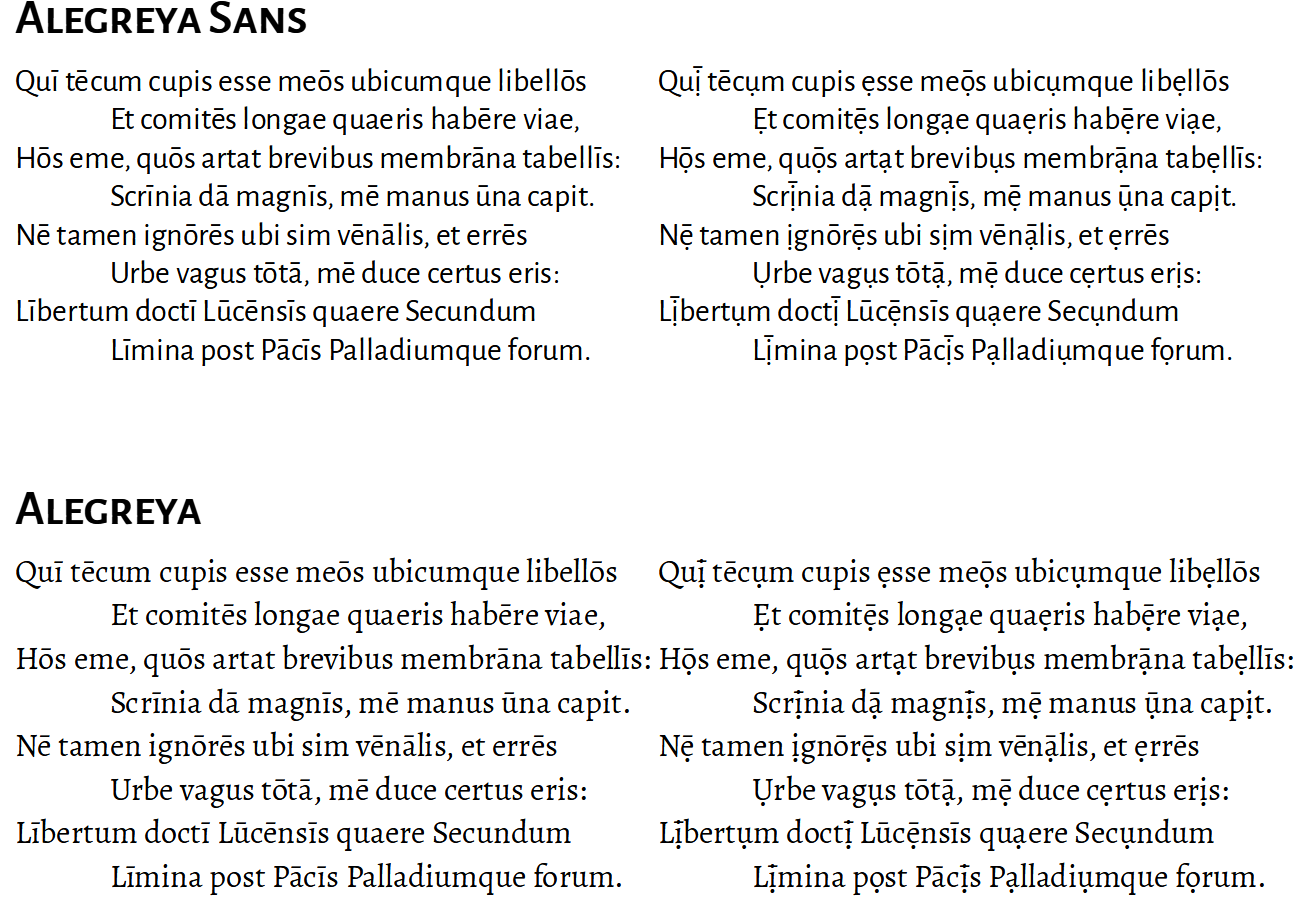 Notice how ī with combining dot below constantly gets messed up. With the serif specimen, it is at least somewhat acceptable, but with the sans-serif, it is simply not.

Which fonts are good options for full support of Latin extended with diacritics, as well as polytonic Greek? Open source fonts (free of charge, fully featured) are preferable. Optionally, if no such fonts exist, what are good fonts to pair, that is: a good font for the Latin plus diacritics and a good font for Greek to go with it?

I would recommend Noto, which attempts to represent all of Unicode in a consistent style. It's available for free in both sans and serif versions.

I'm generally pretty happy with it; you can see in this image that the i with macron and underdot in prīmus is slightly misaligned, but I'm not sure if that's a font issue or an editor issue. (In this example I used a precomposed underdot and a combining macron; the other way around may look better, but editor issues are making it irritatingly difficult to input at the moment.)

The sample text I used, if others want it for comparison:

Another free option is DejaVu, from an older project with the same aim as Noto (i.e. trying to cover as much of Unicode as possible). I don't like its look quite as much, but it was my go-to for obscure symbols or mixtures of different scripts back before Noto.

The kerning seems a bit weird here, and a couple of the diacritics are placed strangely, but it does support all the glyphs you're interested in.

Gentium Plus covers the Latin, Greek, and Cyrillic scripts, as well as the IPA, and seems to support the sample texts very well.

Gentium is freely published under the SIL Open Font License.

There is also Charis SIL, though I haven't checked against all your requisites:

Charis says this about those fonts: "This font software is free to use, modify and redistribute according to the terms of the SIL Open Font License."

Not the answer you're looking for? Browse other questions tagged typography ancient-greek-polytonic or ask your own question.

8
Greek font with legible diacritics
8
What are popular fonts for polytonic Greek?

9
On two types of S in a text from 1759
6
On the Windows polytonic Greek keyboard, what is the difference between the accent on q and the accent on semicolon?
4
Why is tonos (sometimes) rendered different from oxia?