Do these two phrases mean something different?

I need assistance in correctly identifying which statement makes sense: 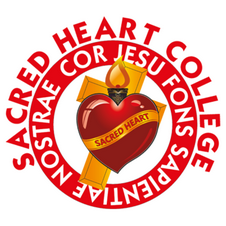 Any assistance would be greatly appreciated.

First, as noted in the comments, some people like to use the letter J when writing Latin, others don't (and just write I instead). There's a distinction, as seen in pairs like Julius vs Iulus, but the Romans didn't distinguish them in writing and it seldom creates actual ambiguity. So there's no difference in meaning between the two.

Literally, that meaning is "Heart of Jesus, Font of Our Wisdom". If I were writing this, I would rearrange the words and say Cor Jesu Fons Sapientiae Nostrae, putting "our" next to "wisdom", but this way isn't incorrect: Latin word order is fairly free, so the words can be rearranged to some extent to sound better.

Not the answer you're looking for? Browse other questions tagged sentence-translation word-usage or ask your own question.

8
Can you please translate these paragraphs (13th & 14th century)?
3
Having problem translating these two sentences
6
In an indirect statement, could there be two infinitives in the dependent clause for different purposes?
3
Would these two sentences be grammatically correct?
2
What are the translations for these "cogito ergo sum" variations?
1
How to translate these sentences to Latin?
6
What does "et alibi" mean?
4
A few L. Euler phrases to translate
7
When does si mean "that"?
4
Inaccurate translation of phrases in Latin with word "defender"