How do people normally translate "lesson" into Latin for use in modern conversation? English and many other languages derive their word from lectio (reading), so I suppose that would only be appropriate for a book of language lessons, where each lesson or chapter could be seen as a "reading".

Schola - Most dictionaries give this as a school and also a lesson, but I wonder, how would I translate "a Music Lesson", without saying "a School/Faculty of Music"?

If I wanted to say "a guitar lesson" could I say something like "Instructio citharae canendi"? 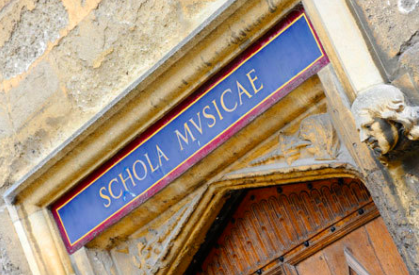 Your answer is fine, except that cithara should be in the ablative to go with canendum. But I will humbly suggest lectio rather than instructio, not because instructio can't work (it can), but because lectio is the medieval and neo-latin word for "lesson". Indeed, it would be more correct historically to say that "lesson" is the English word for lectio.

John C. Traupman's excellent New College Latin and English Dictionary gives lectio as one equivalent of "Lesson" in the English to Latin section. Smith and Hall also give it as one option. Other options include documentum and pensum. Carolus Egger calls them scholae in his text book. You might object that schola means "school", but it can also refer to a school meeting or a lecture. Leo Stelton's Dictionary of Ecclesiastical Latin mentions "lesson" as a translation of lectio. Peter Needham (no mean authority on neo-Latin!) translates "lesson" as classis in Harrius Potter.

You might well ask, was there a classical word for "lesson"? I don't know the answer to that. The nearest equivalent I can think of is (maybe) audientia, but I don't like audientia cithara canendi as a neo-Latin equivalent to "lesson". (And maybe you can guess why.)

If you want to go classical, you might want to drop the abstract noun "lesson" and go with something more concrete, something like Ubi cithara canere discas (where/when you learn to play guitar). The details of that sort of construction will depend greatly on the context of your larger sentence.

Not the answer you're looking for? Browse other questions tagged vocabulary or ask your own question.