Is there a Latin equivalent to ἐπίκοινος?

The Ancient Greek grammatical tradition, going back to Dionysius Thrax (or maybe farther), distinguishes five types of nouns: masculine, feminine, neuter, common, and epicene (ἐπίκοινος). Four of these names caught on in their Latin forms, spreading to other languages mostly via Latin, but the fifth always seems to appear as a Greek loanword.

Did any grammarians use a Latin equivalent? Or is it always borrowed from Greek?

Priscian would probably have called it genus promiscuum or genus epicoenum: 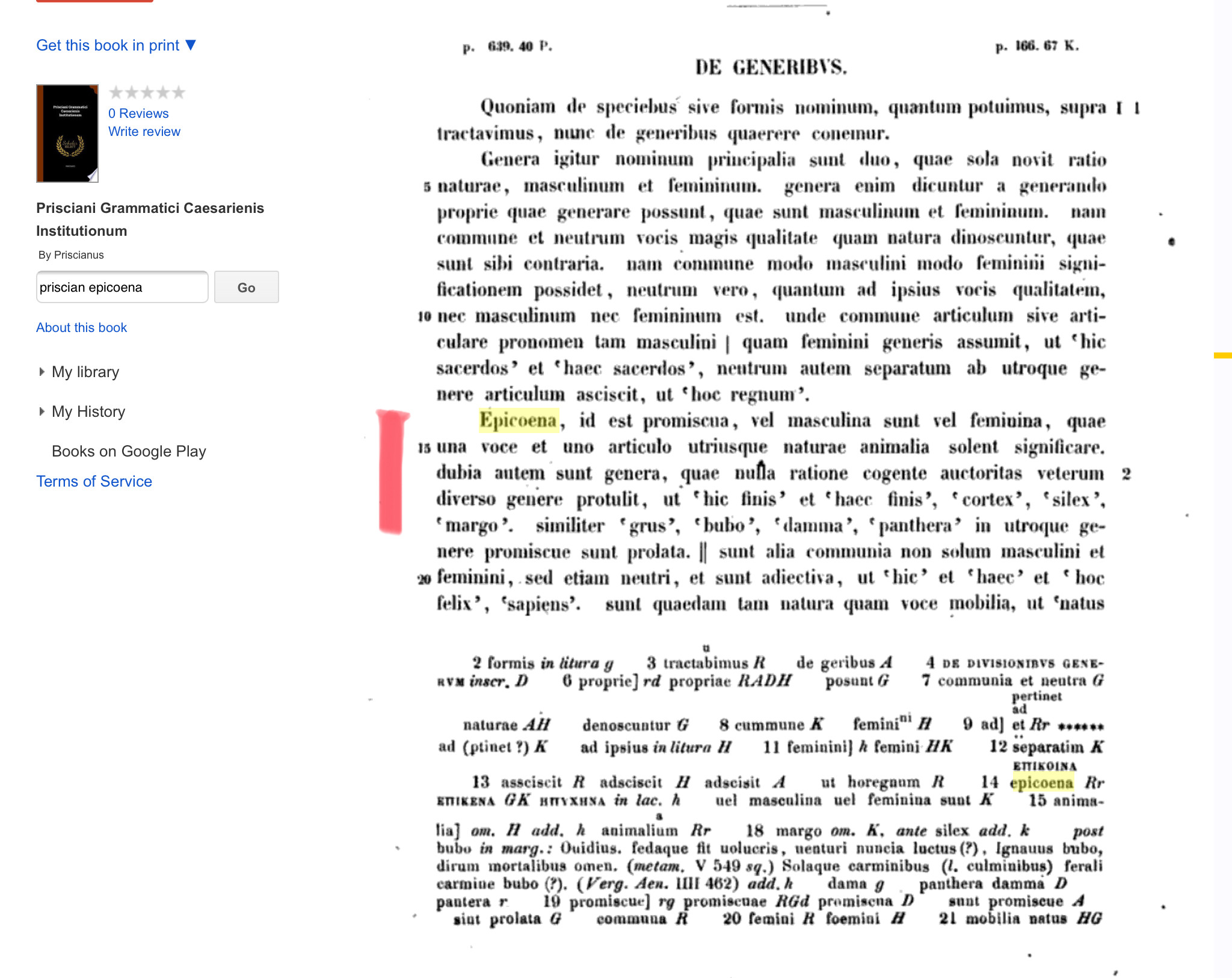 Not the answer you're looking for? Browse other questions tagged greek example-request gender grammarians terminology or ask your own question.