Help with a medieval Latin sentence

I am trying to translate a sentence in medieval Latin (see below). It comes from a document that concernes an estate that is given to a monastery. Below you can see the relevant excerpt, I bolded the part I do not quite get.

And so (from the context: we give) these things with the property, the houses, the buildings, the cultivated and uncultivated soil, the woods, the meadows for pasture, the waters, the water-courses, ...

I suppose the bold part is supposed to relate to the paths leading from and to said estate, but I do not get what "quaesitum et ad inquirendum (the questioned and the to be examined)" is doing here. Could you help me? 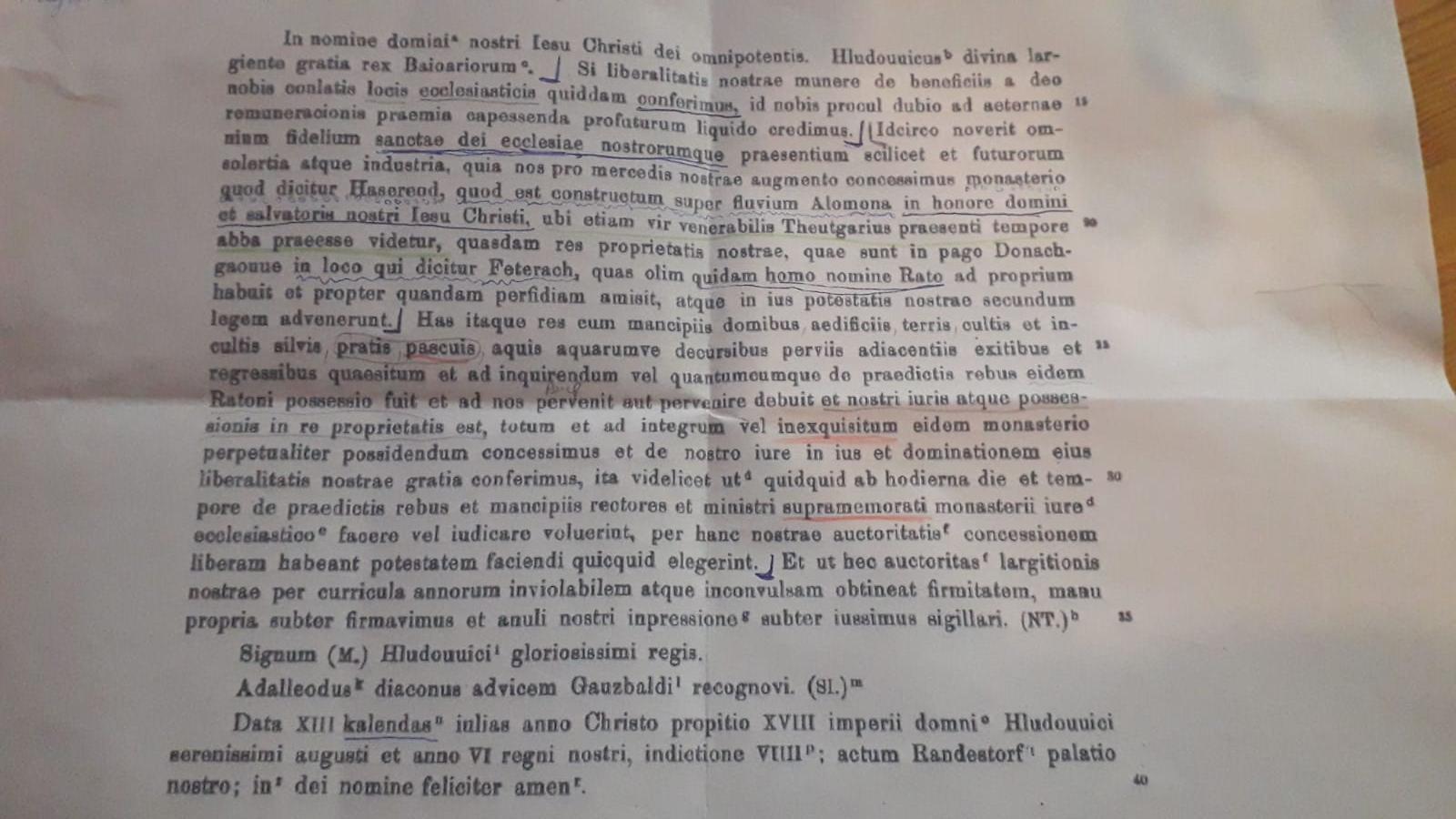 It appears that "quaesitum" and "ad inquirendum" are legal terms. See, for instance, this text, which repeats the following phrase multiple times:

Another example of this usage is found in Histoire générale de Languedoc, which is also the record of a donation of land:

The above example is especially relevant because it makes it abundantly that the two are meant to be understood as correlates.

It turns out that "ad inquirendum" carries over into contemporary legal terminology. See the definition given in Ballantine's Law Dictionary:

A writ commanding an inquiry or investigation.

In other words, it seems roughly similar to an "inquest": a legal inquiry into (in this case) the inventory of forfeited possessions.

...into which an inquiry has been made and shall be made...

A full translation of the long and convoluted sentence ("Has itaque res...quidquid elegerint.") would thus be:

Therefore, we grant these items, along with their possessions, houses, buildings, cultivated and uncultivated lands, woods, fields, pastures, waters or waterways, neighboring through-ways [?], exits and regresses, into which an inquiry has been made and shall be made, or whatever amount of the preceding things were in the possession of this same Rato and which came or ought to have come to us and is of our right and possession in the matter of property, whole and entire, without restriction [cf. in exquisitum], as the perpetual possession of this same monastery, so that whatever the caretakers and servants of the above-mentioned monastery should wish to do or judge by ecclesiastical right concerning the previous items and properties, they may through this free concession of our authority have the power to do whatever they choose.

Not the answer you're looking for? Browse other questions tagged latin-to-english-translation medieval-latin or ask your own question.