Why can "bubo" ("owl") be feminine or masculine? 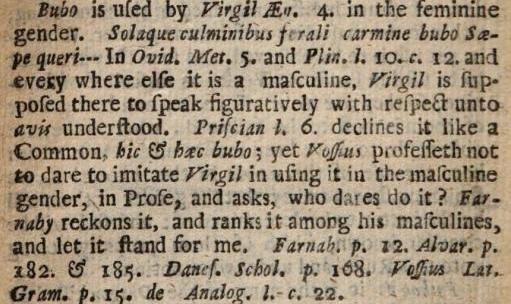 Not the answer you're looking for? Browse other questions tagged gender vergilius or ask your own question.

29
When is "diēs" masculine, when is it feminine, and why can this word take different genders?
12
Can masculine 1st-decl. nouns be feminine? (e.g. "Nauta perita"?)
6
If you had to make an exclusively masculine noun refer to something feminine, would you just change the ending?
8
Was "Pascha" ever used as a neuter first-declension noun?
6
Is "their" being masculine or feminine?
5
masculine and feminine form of παῖς and μαθηματικός
2
Why is Novarupta feminine?
8
Why is Thesaurus Musicarum Latinarum in the feminine?