Is this bible in Koine Greek? 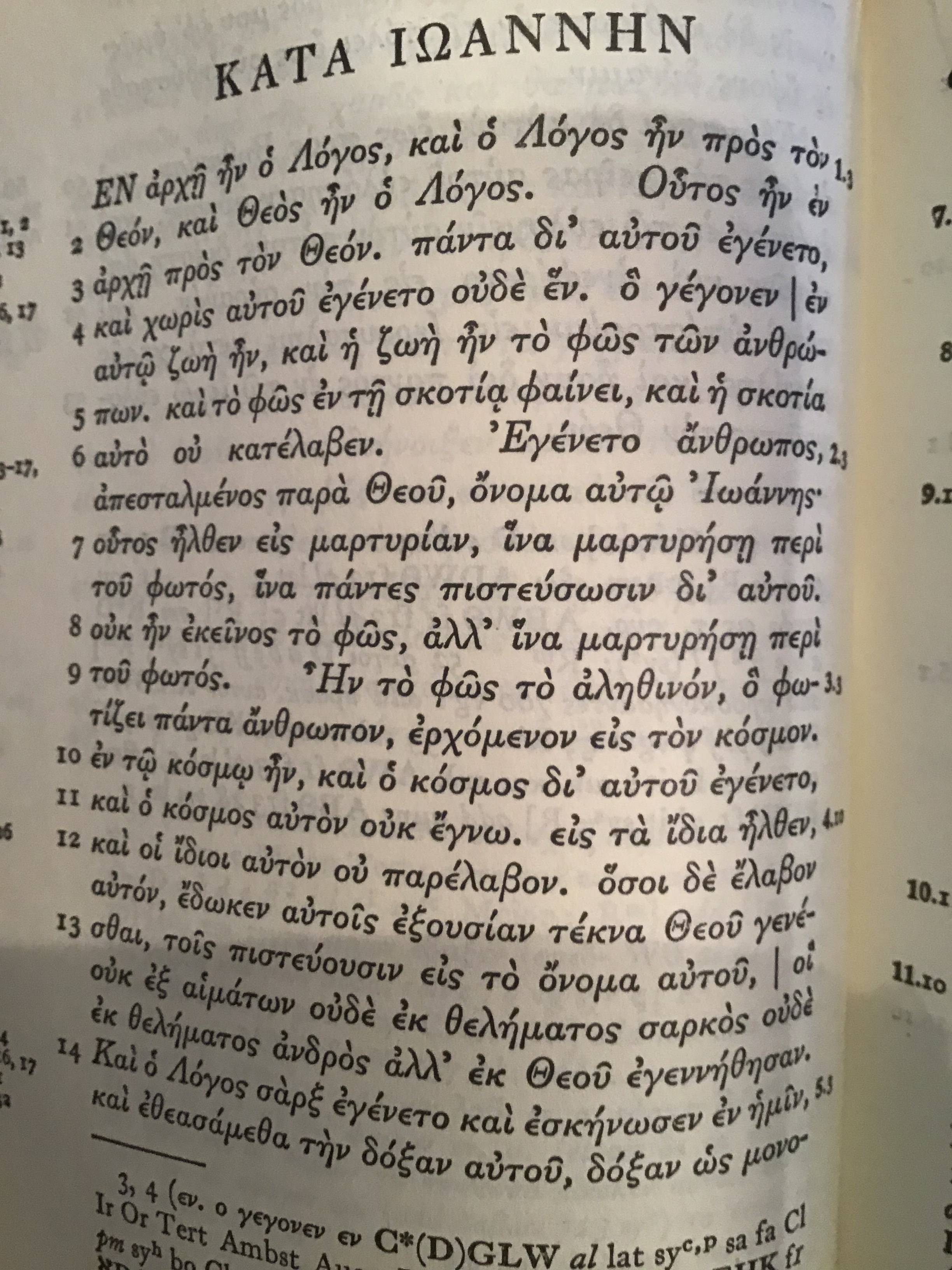 So I bought a Greek bible and I’m not sure whether it is Koine or Modern Greek. Could someone please help me out? Thanks.

Yes, it is Koine instead of modern Greek. You can tell by some of the additional marks around the letters:

Even with no understanding of the meaning, these typographical hints are enough to strongly suggest the idea of Koine Greek. These features were part of Greek until a 1970s, but no longer today. That is, if the dichotomy is between today's Greek and Koine, these criteria are enough to unambiguously decide it has to be Koine, but they are not enough to rule out intermediate stages.

There are also features of the language itself, and they are indeed a safer way to reason here, but I will let others who know Greek better to say so. More answers pointing out more ways to argue this are always welcome.

It's the standard Koine text. The critical apparatus is of course a giveaway: that would not make sense in modern Greek. The three accent system was still used officially until 1970 and some publishers of literary texts still refuse to publish in the modern system without breathing marks and a single accent (and no iota subscriptum). So that's not a surefire indication. But the text is the standard, still used in Orthodox liturgy.

It's worth pointing out that the Greek school education (at least until several decades ago) did not just include Koine texts but also classical and Homeric Greek, so the typical Greek are much better equipped to dig around in their ancient history than many other speakers of modern languages. The downside is that they will insist to know better than comparatistic scholars how ancient (and Koine) Greek was pronounced.

It's Koine Greek. Top right, second line you see the word οὗτος, it's not used in modern Greek. http://www.perseus.tufts.edu/hopper/text?doc=Perseus:text:1999.04.0057:entry=ou(=tos

There are numerous sites that have the koine text, includi g biblehub, which, when you click on gr for greek, will give several koine texts. There are also youtube channels that use Scrivener's textus receptus, which is in koine. The pronouciation is typically modern, but that isn't necessarily a bad thing. Frankly, the reconstructed pronunciation sounds forced and awkward. The modern-day pronunciation is much more natural and, I think, better preserves the natural beauty of the text. I am not Greek, by the way, and came to the language late in life.

Not the answer you're looking for? Browse other questions tagged greek christianity new-testament koine-greek or ask your own question.

4
How should this text be translated? (Greek)
5
Is there such a thing as the accusativus cum participio (a.c.p)? If not, what is this? (Greek)
2
Translating "Pigasus" into Greek
6
The Articles ὁ/τοῦ/τὸν in Classical Greek Names (Greek)
2
Looking for Correct Greek Translation for Heraclitus
2
Koine greek: how to distinguish Middle & Passive voice
5
Translation into Koine (perhaps Testament?) Greek
6
Which forms of a noun do I have to memorise when learning Koine Greek?
6
Words for dogs, puppies, and small dogs in koine, and their connotations when applied to humans
8
Are "μπ" and "ντ" indicators that the word didn't exist in Koine/Ancient Greek?