Did the Romans have a Latin name for their domestic peristylia?

A typical upper- and probably also middle-class Roman house in the classical age contained a peristylium or peristylum, or so I was told. I wonder why they used a Greek word for such a standard Roman architectural feature. Did they also have a Latin term for it? Or was the feature adopted from Greek architecture?

Bonus question: if the construction was borrowed from the Greeks, when did this happen, and what did Roman houses look like before? 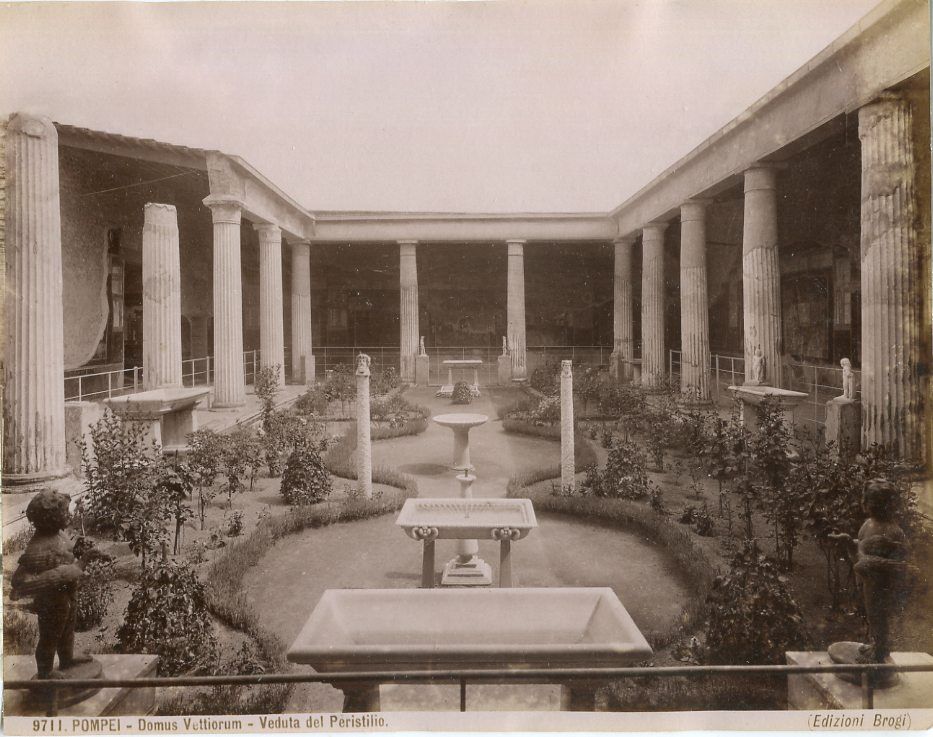 "The early Italian house consisted only of the atrium and the surrounding rooms, with, in most cases, a small garden at the back.... Out of the small plot at the back of the early house developed the peristylium, a garden surrounded by colonnades on to which rooms opened on all sides,... The peristylium, both in general appearance and in name, reproduced the men's room of a Greek house. Whilst the names of the front rooms of a Roman house are Italian (sic) (atrium,fauces, alae, tablinum) those of the back are Greek (peristylium, triclinium, oecus, exhedra)"

This link discusses the House of the Surgeon and the architectural development mentioned :-

L&S give this as the derivation of peristylium :-

peristylium The Greek adjective περίστυλος is applied either to a court surrounded by colonnades on the inside, or to a building surrounded by them on the outside, as a temple. It is then used alone, in all three genders, with a substantive understood, for a court with colonnades: hence the Latin peristylum, or more commonly the substantive form peristylium. It is especially used for the courts of a Greek dwellinghouse, and for that introduced into Roman houses in imitation of them.

Not the answer you're looking for? Browse other questions tagged greek terminology architecture or ask your own question.

17
When and how much did Romans speak Greek?
20
Did the Romans ever combine Greek and Latin morphemes?
4
Does Fontana di Trevi have a Latin name?
10
Did the ancients write that their sculpture is painted?
9
Where did the name Ulixes come from?
11
When did the Romans start using Z?
8
Did any Ancient Greek words have intervocalic /h/?
3
Did the Romans make bilingual puns?
7
Does ancient Greek have its own terms for grammar?
2
Sideros sidereus