I've seen this meme circulating lately, pointing out one of the many valid reasons to learn to speak dead languages properly: 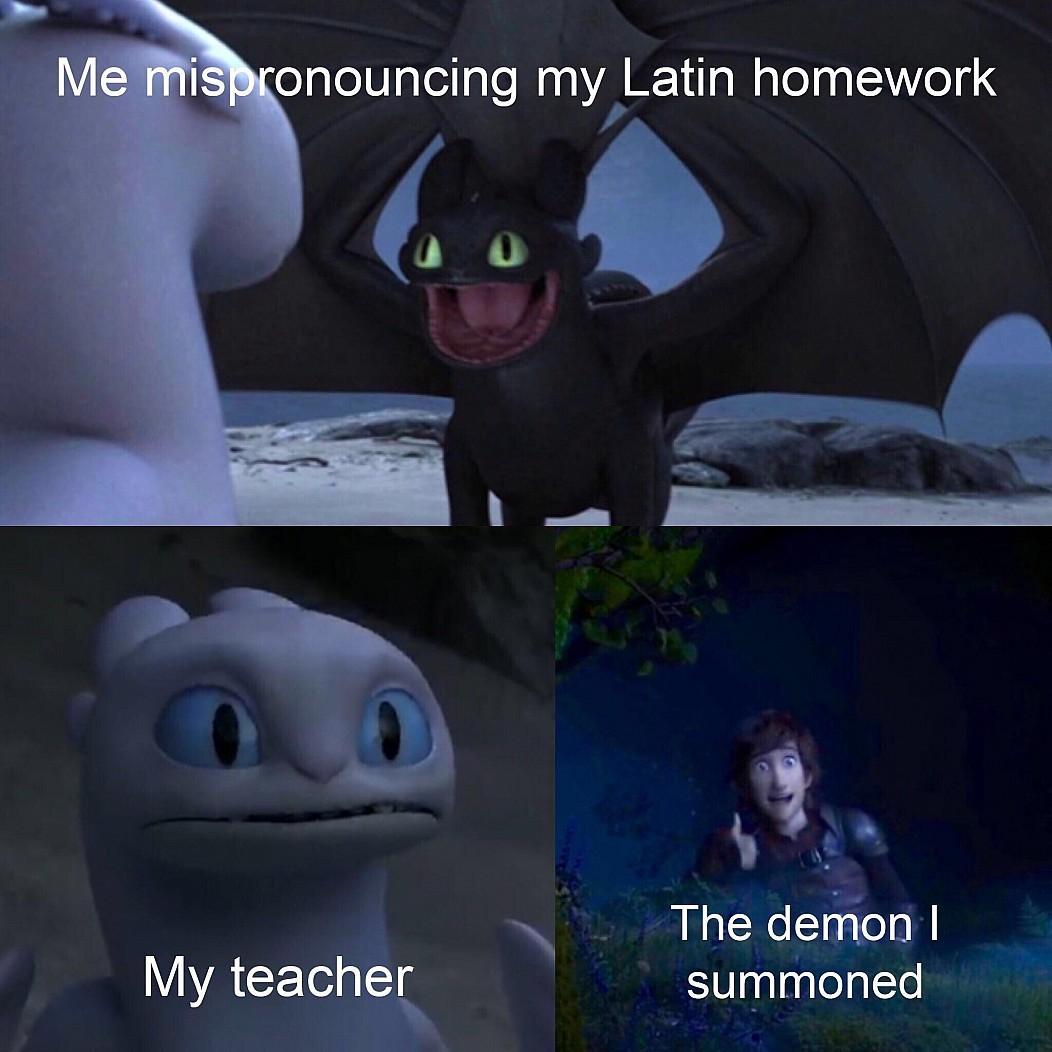 My first thought was, "this is why we need to mark long vowels!" But I realized, to my shame, I don't know how to express this extremely important sentiment in Latin.

What is the idiomatic equivalent of the English "this is why…"? All I can think of is a roundabout construction, "it is because of this reason that…", and that just feels awkward.

The first word that comes to my mind is quapropter. Lewis & Short gives it the clunky translation of "wherefore" or "on which account," but it can be much less stuffy than that. Here's a good example from Terence:

It's ridiculous for you to tell me this, Clitiphon,
as if this didn't concern both of us!
If anything happened to go wrong for us,
You'll get words--I'll get wounds!
This is why I won't ever be negligent in this matter.

Where English uses relative constructions such as 'It is for this reason that...', 'This is (the reason) why...', and so on, to add emphasis, Latin tends to dispense with the relative clause and rely on word placement instead.*

Therefore, I would just use a word like propterea – or a phrase such as hac(ce) ex causa, hanc ob causam, or the like –, emphatically placed at the beginning of the sentence. In initial position, all of these could, by themselves, have the force of, 'It's for this reason that....' or 'This is (the reason) why....'

An emphatic order of words often expresses in Latin what English can express only by a relative clause following a main sentence which begins with the impersonal it.

Agricolam laudat iuris legumque peritus. It is the farmer whom the lawyer praises.

I wouldn't disagree with the answers of either brianpck or cnread, but what is wrong with hoc est, cur …? It's simple, short, easily understood and, if you google the three words, you will find plenty of attestations.

Quare can be translated as "This is why"

as "However, besides rivers/streams are found marvelous estates and gardens, which were constructed by kings of France during the 16th century: which is why the Loire today is often called a royal river"

This is why we need to mark long vowels!

can also be expressed as

For this reason, we need to mark long vowels!

In my opinion, “this is why” is lower register English. In archaic English, we would find the word “wherefore.” In Koine Greek, we would find διό. In Latin, propter hoc. (This is not to say that there is only one way of expressing that English phrase in Greek or Latin.)

Consider the following passage in Matt. 27:6–8:

6 The chief priests picked up the coins and said, “It is against the law to put this into the treasury, since it is blood money.” 7 So they decided to use the money to buy the potter’s field as a burial place for foreigners. 8 That is why it has been called the Field of Blood to this day. NIV, ©2011

The Greek text has διὸ and the Vulgate propter hoc. According to Lewis & Short,1

Not the answer you're looking for? Browse other questions tagged idiom english-to-latin-translation or ask your own question.