Variation in the spelling of word-final M

I recently visited the museum of the main monastery of the Carthusian order near Grenoble. I saw this in an open book on display in a former chamber of a monk: 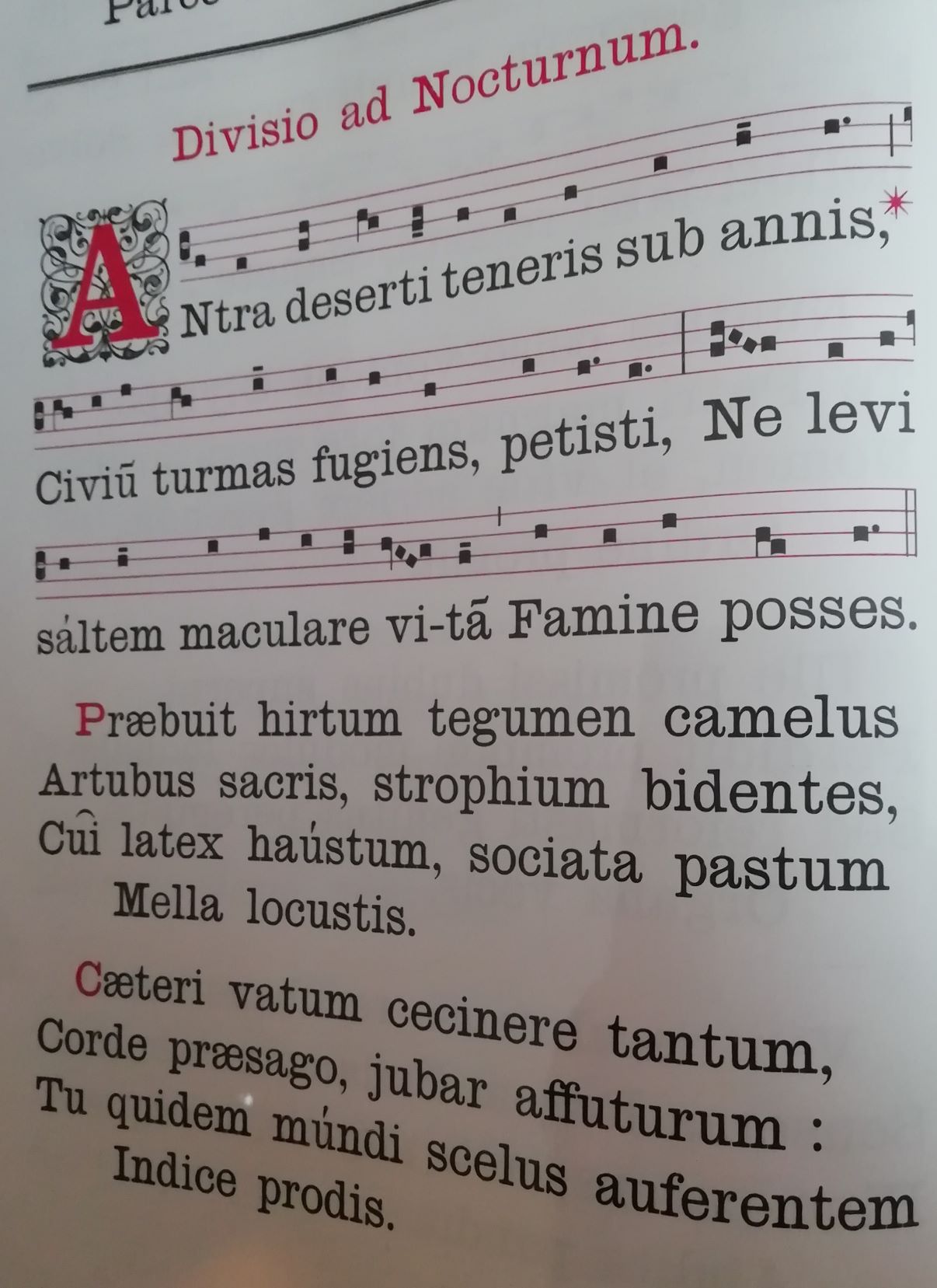 What took me by surprise is the variation in word-final m. Sometimes it is spelled as a tilde on top of the last vowel, sometimes as a proper m. For example, the third line has both saltem and vitã. The tilde only appears in the first stanza in this sample.

This leads me to a more general question: When both variants of word-final m are available, when are the two options used? Is one preferred over the other in some cases? Or is it completely free variation depending on chance and availability of space? Is there any division of roles between the two when they appear in the same text?

I'm afraid my answer is the boring one: free variation, based on the amount of space available.

The tilde originally arose purely as an abbreviation: instead of writing an n or m in line with the text, it could be written above the vowel instead, saving a bit of space. Eventually its form got simplified into the tiny squiggle we use nowadays.

But the meaning was always simply an orthographic one: "there should be an n or m after this letter". It didn't necessarily indicate anything about the pronunciation, or about the grammar: it could be used in prefixes or roots just as well as suffixes. For example, the following shows ĩperpetuũ (i.e. imperpetuum), with two nasals removed in different places:

So in instances like this, the choice of whether to use a letter or a tilde comes down purely to how much space is available. On the second line, writing civium would have compressed the other words in an unpleasant way; on the third line, using both saltem and vitam would have led to too much compression, while both saltẽ and vitã would have left too much empty space. So saltem was written out in full, and vitã abbreviated.

If possible, such as when there's all the space in the world available, final letters are generally included: you can see that there are no abbreviations in the other verses, where there was more freedom to adjust the kerning and spacing (since it didn't have to line up with the notes). But in manuscript documents, where scribal effort and space are at a premium, abbreviations will often be used wherever the scribe can get away with them.

(P.S. The tilde's use eventually expanded to cover other removed letters, apart from n and m. But nasals were always one of the more popular uses for the symbol.)

Not the answer you're looking for? Browse other questions tagged medieval-latin new-latin orthography spelling or ask your own question.

17
The Latin word “Have” rather than “Ave” as a translation of the Greek word Χαῖρε?
7
Were there informal spelling variants in classical Latin?
8
How can I ask the spelling of a word in Latin?
3
Lex Valeria Horatia de senatus consulta - spelling?
5
Spelling aquaeductus together
6
Which Latin word has the most spelling variants?
9
The spelling of τηλικοῦτος
3
Can I conclude something about pronunciation from I/J and U/V variation?
3
A list of common different spelling-variants
4
Strange spelling of final m