The translation on Perseus (Church and Brodribb) gives:

Sejanus, to avert his mistress's jealousy, divorced his wife Apicata, by whom he had had three children.

How does ne paelici suspectaretur mean to avert his mistress's jealousy?

Ne suspectaretur is easy: "lest he should be suspected". Paelici is a dative of paelex "mistress". But I'm not seeing what a dative could be doing in this clause.

Apparently, too, there's an alternate reading of this phrase: L&S under suspecto quote this as ne pellici suspectaretur, with a passive infinitive of pellicio "allure, entice". It would then mean "lest he be suspected of being enticed". This at least works grammatically, but I'm not sure what it's supposed to mean.

What's going on with this phrase?

This can be read as a dativus auctoris. It should then be translated thus:

Common in gerundive constructions (hostis nobis vincendus est), the dativus auctoris is also occasionally used with other passive verbs; it is then most common with past participles (mihi cognitum est: "it is known by me" or "it is known to me"). It indicates the person by whom something is done. Especially with verbs expressing a judgement, it is somewhat similar to the ordinary dative of videtur mihi "it seems to me" etc. Lewis & Short say the verb suspectaretur in this particular quotation is passive, i.e. not from the deponent verb suspector.

According to Kühner–Stegmann¹, this dativus auctoris was only used in the perfect and with a personal pronoun in older Latin (pace their own Accius example, see below); but Cicero and various later authors used it with other passive forms and substantive nouns, too. K.–S. also mention Tacitus specifically.

In poetry, it is (especially) used by the Augustan poets, even non metri causa. They say the construction is originally Latin, but was extended under Greek influence (after all, the agent in a passive construction is normally expressed by a dative in Greek).

Here follow a few examples taken from K.–S. and Gildersleeve:

"Then I will go back to Argos, for here I am notable, lest I be recognised by someone I know."

"Let us assume an excellent man..."

" ...he suggested that, according to ancient custom, she should be removed by her next of kin beyond the two-hundredth milestone."

"Aelia Paetina was favoured by Narcissus."

The past participle or adjective suspectus is often used with a dative, which may also have influenced Tacitus to use the dativus auctoris with a passive imperfect (as in the quotation in question). Two examples with suspectus:

"Bomilcar, suspected by the King [or: suspect to the King], and himself suspecting the King, desired a change of power..."

"To our ancestors, the temper of their slaves was suspect..." 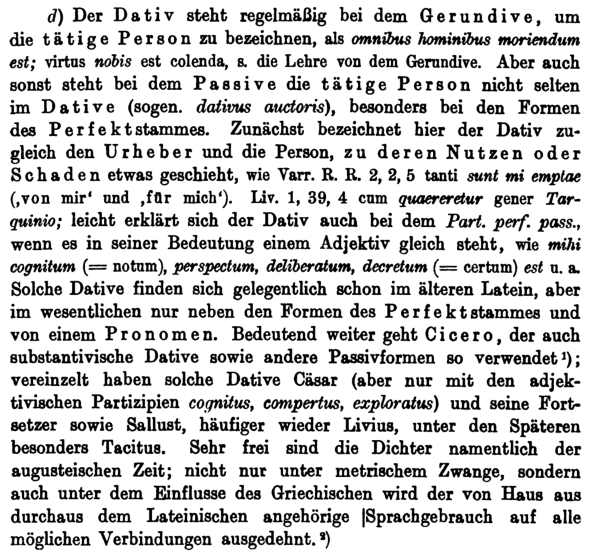 It can be useful to consult the relevant commentary made by A. J. Woodman (2018). The Annals of Tacitus (Book IV). Series: Cambridge Classical Texts and Commentaries (vol. 58). Cambridge, UK: Cambridge University Press.

Here is the relevant quote on page 87:

"It is unclear whether paelici is dative of agent (cf. 2.50.3n) or dative of the person concerned (as in alicui suspectus esse); either way, the use of the verb to mean 'to suspect, be suspicious of' seems to have been introduced by Tacitus (see OLD 2)".

According to Woodman, notice then that TWO interpretations are possible here, whereby the two translations provided by Cerberus (cf. lest he should be suspected by his mistress / be suspect to his mistress) correspond to TWO different (descriptive) linguistic analyses: i.e., according to Woodman, only the former translation corresponds to the dative of agent reading.

Here is the relevant quote on page 60:

"paelici is dative of agent. Sejanus did not want his mistress Livilla to have suspicions about his feelings for her, so he got rid of his wife".

Not the answer you're looking for? Browse other questions tagged classical-latin meaning dative or ask your own question.

8
Can a "dative of agent" appear in an Ablative Absolute construction (and, more generally, in a non-verbal context)?

8
Etymology of "Fenni" in Tacitus